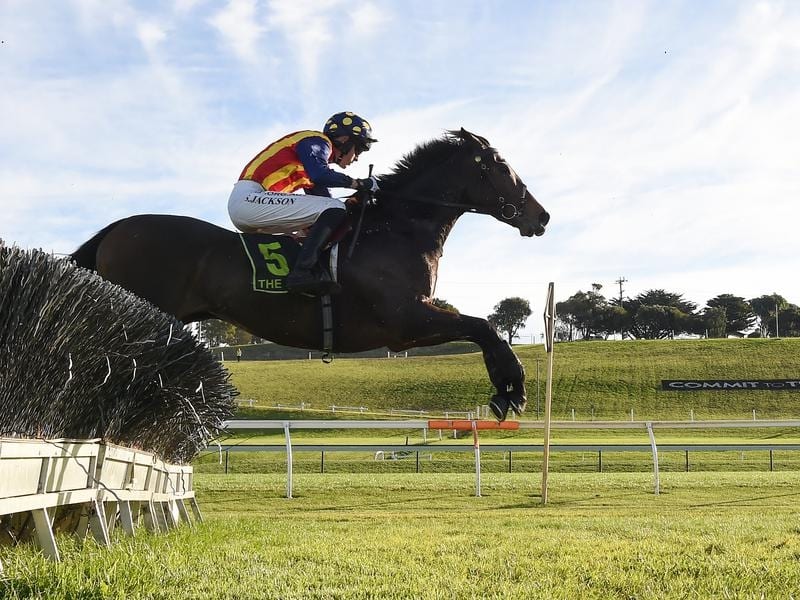 Ciaron Maher has landed a fifth victory in Australia’s longest race with Ablaze winning the Grand Annual Steeplechase at Warrnambool.

Ablaze’s success on the opening day of the abbreviated carnival, was bittersweet for Maher after Sir Isaac Newton was euthanised after a fall in an earlier race on the all-jumps program.

Maher was born and raised in Warrnambool and the Grand Annual is a race he cherishes above all others.

“Normally there are 12,000 people here yelling and Mum would be sitting up there in the stands doing 15 laps with the rosary beads which I’m sure she still is at home,” Maher said.

“It’s just phenomenal. It’s one of the main races that I look at on the racing calendar each year and I’m just rapt to have a horse like that.”

A former New Zealander, Ablaze has had four jumps starts since joining the Maher and Eustace stable, and has won them all.

Ablaze won a maiden hurdle at Coleraine last August and backed up a week later to win the feature Houlahan Hurdle at Ballarat.

His only jumps start in preparation for Tuesday’s race was a 3230m steeplechase in March.

Ablaze has proven a good purchase for Rod Lyons, a part-owner of leading Australian sprinter Nature Strip, and along with his jumping victories the gelding also won the Jericho Cup, Australia’s longest flat race run over the same course as Tuesday’s victory, in December.

Lyons was in a bar in New Zealand’s South Island looking for a potential jumper when he heard about Ablaze.

“One of those wily Kiwis got him,” Maher said.

“If he won the toss it was 20-grand, if he lost it was 40-grand and he lost the toss, but he’s more than paid for himself now.

“Hopefully he’ll be back next year.”

For Irishman Jackson, the win made up for the disappointment of missing out with Gold Medals two years ago.

“I’ve been waiting a little while to win one,” he said.

“To have that one ticked off. It’s the race I’ve always wanted to win.

“I know there’s no crowds here but it doesn’t matter. It’s such a thrill.”