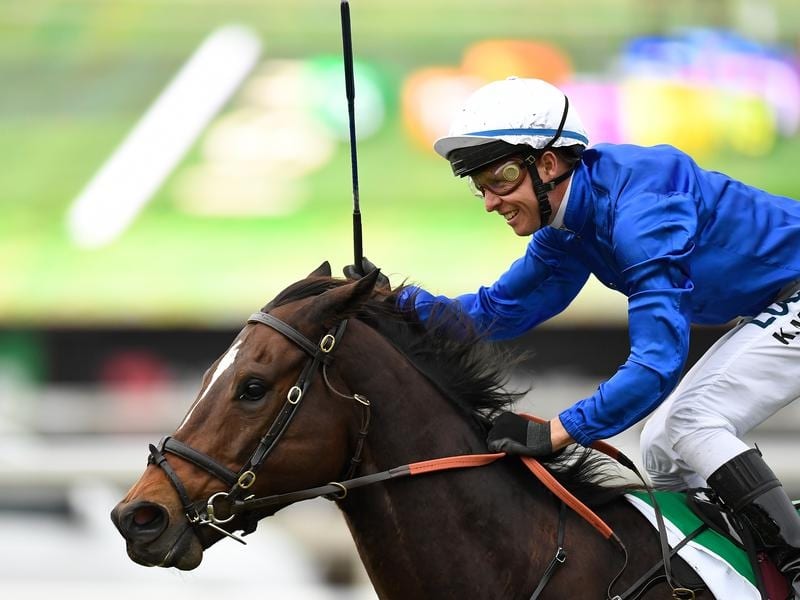 The powerful Godolphin stable has signalled its intentions to target the Group One Stradbroke Handicap with nine nominations for Brisbane’s premier sprint.

The Stradbroke and J J Atkins on June 6 are the only two Group One races to be run in a truncated winter carnival caused by coronavirus restrictions.

The majority of the top Australian stables including Chris Waller, Ciaron Maher and David Eustace, Gai Waterhouse and Adrian Bott, Peter and Paul Snowden, Bjorn Baker and John Thompson have entries among the 100 nominations.

Queensland’s highest rated entry is the Steve Tregea-trained Niccanova while Vega One is assured of a start for winning the ballot-free The Gateway in December.

Group One winners Santa Ana Lane and Sunlight are among the nominations but Sunlight, a failure in Saturday’s Robert Sangster Stakes in Adelaide, is considered unlikely to run.

There were 240 nominations for the J J Atkins with the Gollan-trained Isotope heading new markets at $5.

Waller who has dominated the race in recent years had nine entries with his highest-rated recent Rosehill winner Saffiano.