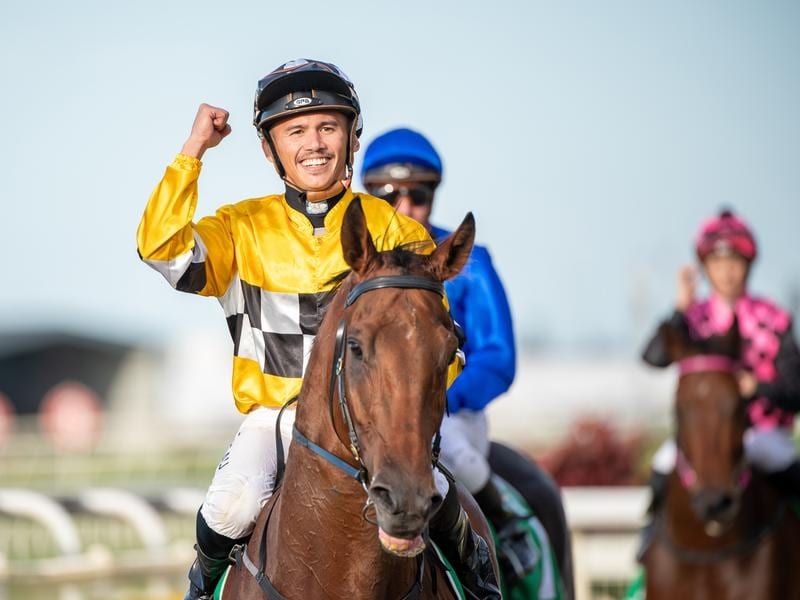 Matt McGillivray is seeking more success on Tambo’s Mate in the Victory Stakes at Eagle Farm.

Caloundra gelding Tambo’s Mate can confirm his rating as one of the most improved horses in Australia when he tackles the Group Two Victory Stakes (1200m) at Eagle Farm on Saturday.

The Victory Stakes is usually run at weight-for-age at the start of the Queensland winter carnival.

However, with the winter schedule being vastly reduced due to the coronavirus pandemic, the Victory Stakes has been switched to set weights with penalties and is the major lead up to the Group One Stradbroke Handicap on June 6.

Twelve months ago Tambo’s Mate was a Class 1 horse with one win in a Sunshine Coast maiden to his name.

He has since won another seven races and more than $420,000 in prize money.

Tambo’s Mate has won two stakes races in that time, the Listed Recognition Stakes and the Group Three BRC Sprint.

His last start win in the BRC Sprint gave Tambo’s Mate automatic entry to the Stradbroke Handicap as it was ballot free.

Tambo’s Mate was given 51kgs for the Stradbroke when weights were released on Monday but he will carry 57kgs in the Victory Stakes.

Trainer Stuart Kendrick believes it isn’t a bad thing as it will give him a sound idea where Tambo’s Mate stands in the Stradbroke’s pecking order.

“We will meet just about every runner in Saturday’s race better at the weights in the Stradbroke,” Kendrick said.

“If he runs well on Saturday it will give us real confidence for the Stradbroke.”

“My bloke is unbeaten at 1200m at Eagle Farm and hopefully the track will play truly for its return on Saturday.”

Kendrick said one of the keys to Tambo’s Mate’s improvement had been jockey Matt McGillivray who has won six races on the gelding.

“Matt has been able to get him to settle after he wanted to fire up early in his career,” Kendrick said.

“From a handy barrier on Saturday he should get a nice run.”

Kendrick is hoping McGillivray can get down to 51kgs to ride Tambo’s Mate in the Stradbroke Handicap.

“Matt has told me he will try but if he can’t do it we will have to start looking for a replacement soon,” Kendrick said.

Eagle Farm is expected to be in the good rating range for its first meeting in eight weeks.