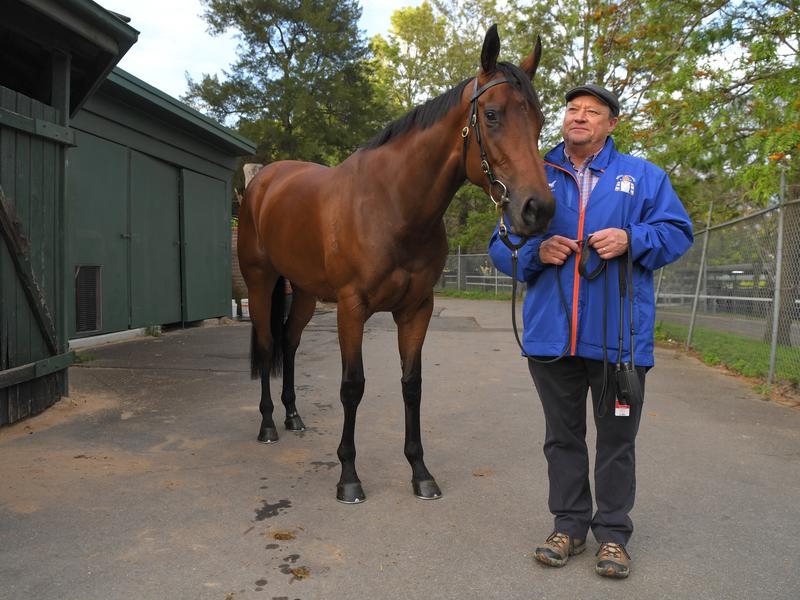 Tony McEvoy has left the decision on the future of multiple Group One winner Sunlight in the hands of her owners as the mare has a spell.

McEvoy, who trains the mare in partnership with son Calvin, said there was no problem with Sunlight after finishing 11th behind Trekking in The Goodwood at Morphettville last Saturday, a second straight below par performance.

At her previous start Sunlight finished last in the Sangster Stakes, also at Morphettville, on May 2.

“She pulled up lovely and sound and there is nothing wrong with her,” McEvoy said.

“She ate up after the race, we’ve cleaned up her feet, they were lovely and good, so she’s in the paddock now having a rest.

“The ownership group are deciding what they want to do going forward and I haven’t spoken to them about any of the options.

“I’ve just said to them this could be the time to discuss what you want to do and let me know whether you want to race on or not.

“So I’ll just wait to hear what they come back with.”

Options for Sunlight include returning for a spring campaign, or retirement and life as a broodmare.

Sunlight injured a hind leg in a paddock accident late last year that required surgery, putting an end to an autumn campaign in Melbourne.

The mare had three starts in Adelaide, returning with a first-up second behind Gytrash in the Irwin Stakes at Morphettville last month before her two disappointing Group One performances.

Sunlight has raced on 24 occasions, registering 11 wins, three at Group One level, to collect almost $6.6 million in prize money.