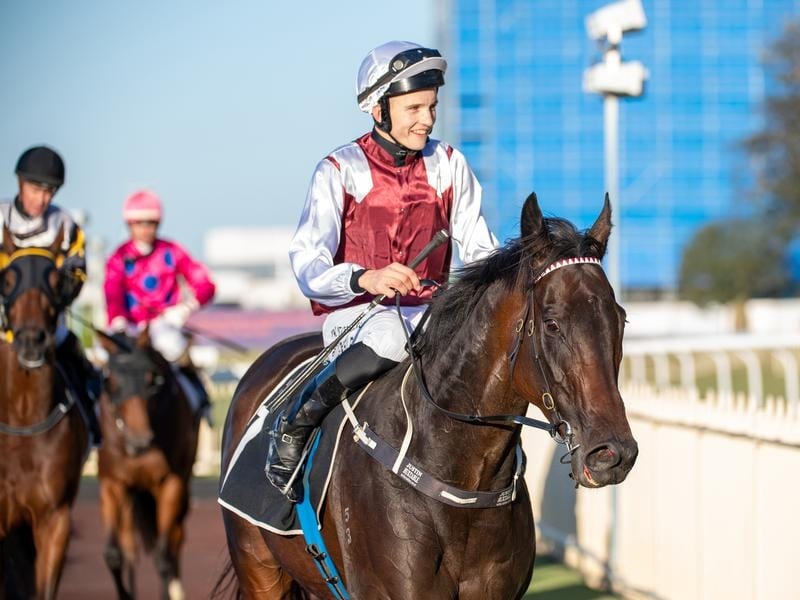 Underrated gelding Mr Bellagio steps up to open company as he heads yet another assault by the Toby and Trent Edmonds training partnership on a Gold Coast metropolitan meeting.

Racing Queensland introduced metropolitan standard meetings at the Gold Coast on Fridays as part of its decision to split the state into regional racing in April.

The regional restrictions have been eased and Friday’s meeting is the second last before usual Saturday provincial standard racing returns to the Gold Coast next month.

The Edmonds partnership has dominated Gold Coast metropolitan meetings with 21 winners in the past six weeks.

They will have 11 runners on Friday including Mr Bellagio in the McWilliams Quality (1400m) and Usmanov in the XXXX Dry Open Hcp (900m).

Mr Bellagio was originally trained by Liam Birchley but when he retired the gelding transferred to the Edmonds combination.

“Mr Bellagio has won his past two starts in nice fashion and up to open company he drops 4.5-kg on his last start Doomben win,” Trent Edmonds said.

He feels one of Mr Bellagio’s main rivals is last start Doomben failure Bold Warrior who has won five of his six starts at the Gold Coast over 1400m.

Usmanov will take on another Gold Coast specialist in Boom Chicka Boom, who has won four times at the track and distance.

“Usmanov has been most consistent this time and meets Boom Chicka Boom better at the weights for a last start second to him,” Edmonds said.

“Usmanov also has barrier one.”