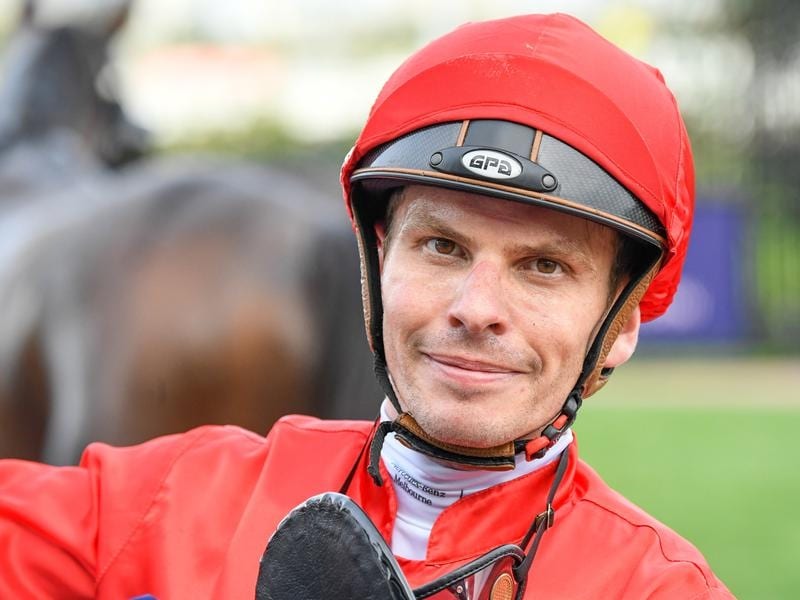 Racing Victoria will ask for the hearing into Ben Melham’s alleged betting activity to be held at the earliest possible date.

Melham was issued with seven charges by stewards on Monday relating to betting on thoroughbred races between March and September last year and for giving false or misleading evidence to stewards.

Jockeys are not allowed to bet on thoroughbred races, regardless whether they are riding in the races or not.

One of the charges was issued under Australian Racing Rule 115(1)(e), which carries a minimum mandatory penalty of two years disqualification for a guilty verdict unless there is a determination of special circumstances.

That charge against Melham states that on July 23, 2019, through his partner Karlie Dales’ betting account, he placed bets to the value of $1850 on Heirborn, Al Dorama and/or Shot of Irish, all of whom were running the following day at Sandown with Melham booked to ride.

Heirborn was scratched on race morning but Melham rode Al Dorama and Shot of Irish with the pair finishing third and second respectively.

RV’s head of integrity, Jamie Stier, was unsure when Melham’s hearing in front of the Victorian Racing Tribunal would be scheduled although inquiries are continuing during the coronavirus pandemic.

“It is worth noting the tribunal has been continuing to hear matters either through video hearings or over the telephone during the recent times, so it’s not as though we’re at a standstill with the tribunal,” Stier told RSN927.

“We’ll be asking that the matter be brought to hearing at the earliest possible stage they’re able to do so.”

Stier confirmed Melham was allowed to continue to ride pending the outcome of the inquiry.

The multiple Group One-winning jockey, who is equal fourth on this season’s Melbourne metropolitan jockeys’ premiership, is booked for rides at Sandown on Wednesday.

“That’s a decision that the stewards have taken based on the evidence before them at this stage,” Stier said.

“Since the investigation commenced, they’ve been aware and Ben Melham has been closely monitored in his conduct and the stewards have considered it appropriate for him to continue riding at this point.

“But of course they always reserve the right to revisit that position should anything further come to light or they feel that the circumstances warrant them revisiting it.”