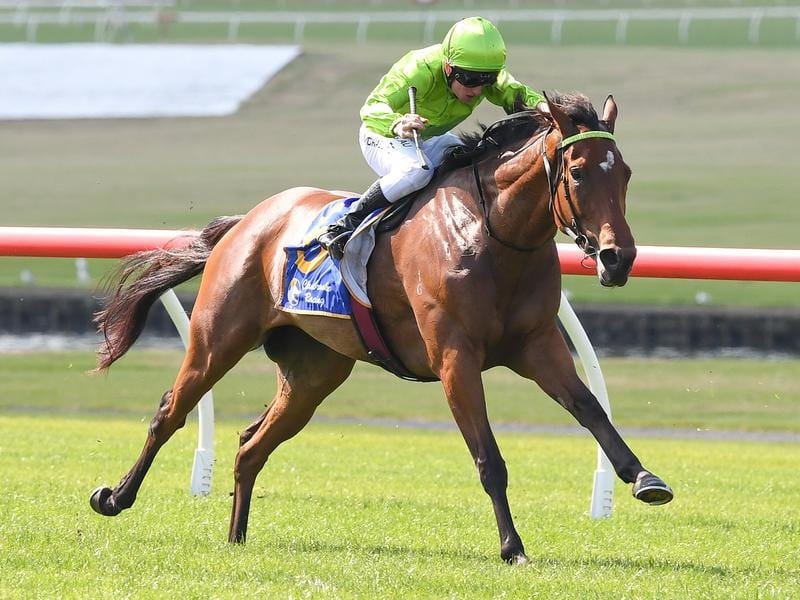 Trainer Dan O’Sullivan is chasing his first Group One win when Affair To Remember runs in Adelaide.

Trainer Dan O’Sullivan had some anxious moments before learning his filly Affair To Remember had scraped into the field for the Group One Australasian Oaks.

Affair To Remember was among 12 horses on Monday night that had already accepted for the three-year-old fillies race at Morphettville.

By Tuesday morning, Affair To Remember had slipped down the ballot order to No.15 and was in danger of missing the field cut-off of 16 runners.

But not only did O’Sullivan receive the news he wanted, he had a further boost when Affair To Remember drew barrier five for her first try at 2000m.

To be ridden by John Allen, Affair To Remember has since firmed from $5 to $4.60 after the draw.

O’Sullivan is chasing his first Group One win and is disappointed that COVID-19 protocols make it impossible for him to be in Adelaide course on Saturday.

But O’Sullivan is feeling more pain for the filly’s band of owners who include former South Australian Jockey Club chairman David Peacock.

They are also not allowed on-course and instead will be watching the race on television.

Peacock and the owners won the Australasian Oaks with Maybe Discreet in 2013, prepared by Phillip Stokes.

Starting off his training career in Adelaide, O’Sullivan was introduced to Peacock by the late Russell Cameron and prepared a number of horses for the ownership group when based there.

After O’Sullivan’s move to Ballarat, Peacock transferred his horses firstly to Adelaide trainer Richard Jolly and then Stokes.

“But a few are coming back our way now because David’s been breeding a few VOBIS horses, so it’s working out well,” O’Sullivan said.

“I’ve only got a couple for him at the moment but it’s exciting to have a good chance for David in the Oaks.

“I think she’s the right filly to do it and she’s going well enough.

“The draw helps for sure as there’s a few other chances in the race that have drawn a bit sticky so we should land in a pretty good spot.”