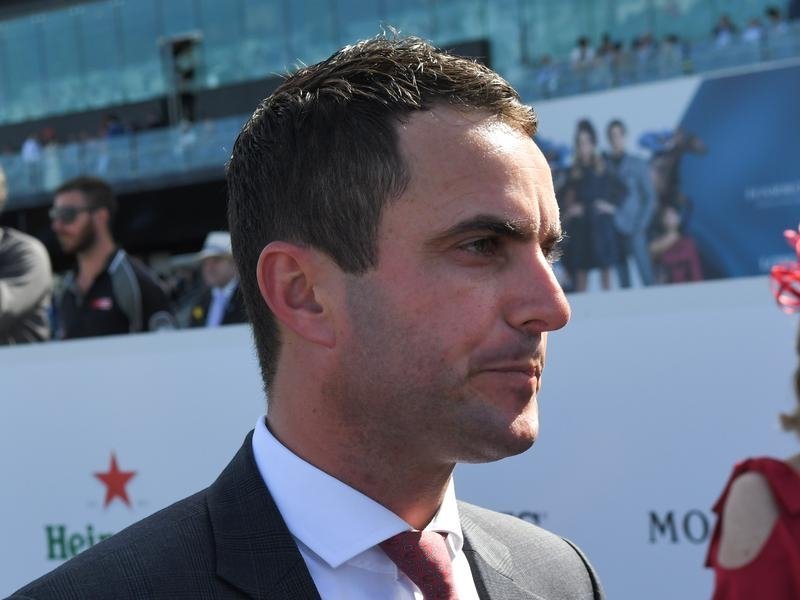 Co-trainer Andrew Forsman is hoping Long Jack can handle a step up in class at Caulfield.

New Zealand three-year-old Long Jack will be out to enhance his Victoria Derby prospects when he steps up in distance at Caulfield for the second Australian start of his spring campaign.

Trained by Murray Baker and Andrew Forsman in New Zealand, Long Jack is in Melbourne to target the Group One Victoria Derby (2500m) on November 2.

He made a winning start to his campaign in a maiden over 1400m on the synthetic track at Ballarat on September 6 and is favourite for Saturday’s 4CYTE for Living Legends Handicap (1600m) against his own age.

Forsman said the colt had progressed well since his first-up win and expects the step up to 1600m to be ideal on Saturday for his fourth career start.

“The tricky thing for him will be that he’s still quite raw and a little bit inexperienced and he’s drawn barrier 10 out of 10 at Caulfield which I guess can be a little bit tricky for certain horses,” Forsman said.

“Hopefully he can get a bit of luck from the draw and get his chance.”

The race is an opportunity to try to boost Long Jack’s prize money with a view to bigger targets later in spring.

“He’s there (in Melbourne) to obviously try to win a Victoria Derby,” Forsman said.

“Whether he gets there or not, that’s the question but he’ll answer that in his next couple of runs and hopefully he does measure up.

“He’s certainly got the pedigree, and everything about him suggests he will run a trip but just whether he’s physically strong enough this time around, that will be the worry with him.

“I guess we’re going to know a lot more in a couple of runs.”

Forsman said Lane had been thrilled with Madison County’s jump-out at Flemington a couple of weeks ago and his recent trackwork.