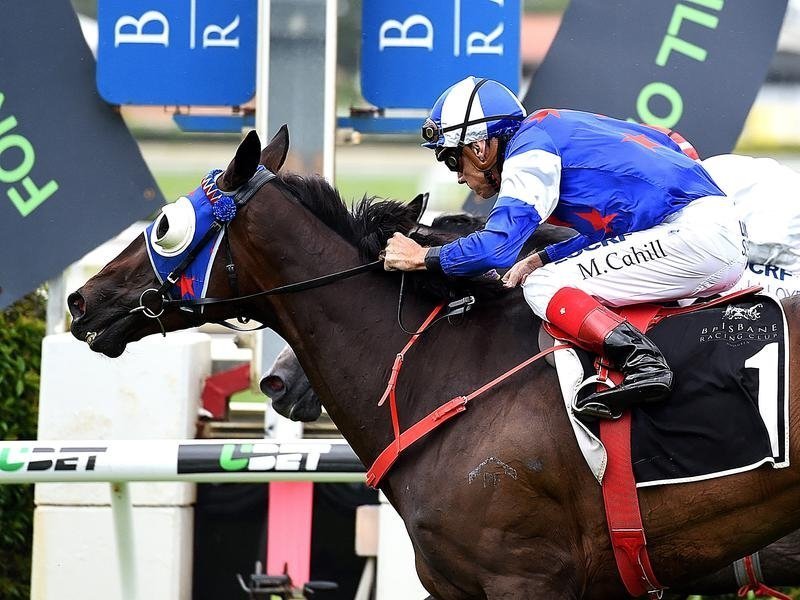 Michael Cahill rides Morendi at Eagle Farm to cap a busy week in both NSW and Queensland.

In-form jockey Michael Cahill will again show the value of his renowned fitness when he makes a quick trip back from an interstate ride to partner Morendi at Eagle Farm.

There are few fitter riders than Cahill who will have had 20 rides at four different tracks in four days from Wednesday to Saturday – Doomben, Lismore, Newcastle and Eagle Farm.

His trip to Lismore on Thursday was a successful one with victory on the Lindsay Hatch-trained Kuttamurra Al in the Cup.

Cahill is originally from country NSW but had ridden in Asia and Europe before re-establishing his base at the Gold Coast more than a decade ago.

Earlier this year he made a lightning trip to New Zealand to ride in a feature race but he rarely goes further interstate than the northern rivers these days.

Cahill will ride The Candy Man for trainer Barry Baldwin in the Cameron Handicap at Newcastle on Friday before catching a flight back for eight rides at Eagle Farm.

One of his key rides is on Morendi who will be trying to break a 17 month winning drought in the Makers Mark Open Handicap (1800m).

Morendi has not won since the 2018 Toowoomba Cup but he has been placed at three of his past four starts.

“He had no luck at his last start at 1600 metres when not far away and he is back out to a distance that suits him,” Cahill said.

The popular veteran rider was the star of the winter carnival with two Group One wins and has started the new season in great style, leading the metropolitan premiership with 14 wins.