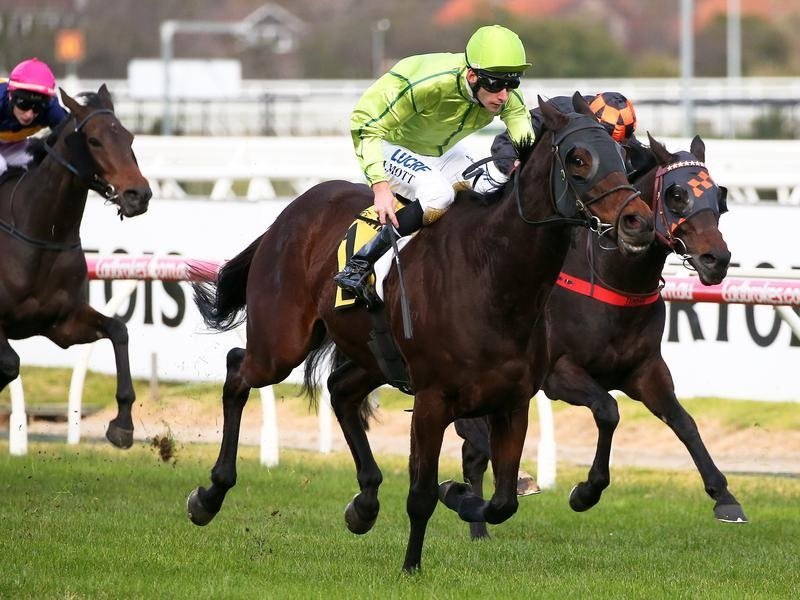 Self Sense has been ruled out of Caulfield but trainer David Brideoaks says it is a minor setback.

A precautionary scope ahead of a planned Caulfield Cup lead-up race has resulted in trainer David Brideoake scratching Self Sense from the MRC Foundation Cup at Caulfield.

Self Sense is guaranteed a start in next month’s Caulfield Cup (2400m) courtesy of his victory in the Mornington Cup earlier in the year and Brideoake does not expect missing Saturday’s race to interfere with Self Sense’s campaign.

“We’ve elected not to run him as I wasn’t happy with the scope,” Brideoake said.

“We did that today, which is a check we always do, but I wouldn’t think it will leave him out of the picture for very long.”

Brideoake said Self Sense could run in the R M Ansett Classic (2400m) on his home track at Mornington on Saturday week.

Self Sense had been easily beaten in his two lead-up runs at Caulfield this campaign, but Brideoake had been expecting an improved performance from the gelding on Saturday.

“He worked really well on Tuesday, but we’ll just get him over this little problem and away we’ll go again,” Brideoake said.

Brideoake will still be at Caulfield on Saturday to saddle Extreme Bliss and The Real Beel in the Fight Cancer Foundation Handicap (1400m).

The pair finished out of the placings over 1200m behind Tofane at The Valley on September 7.

Extreme Bliss was also an acceptor for the Schweppes Handicap at Randwick, but Brideoake felt the race was a little tougher than expected.

“I would have liked to have run her on the heavy track up in Sydney, she’s quite good on it, but I just thought the race was a little hard,” Brideoake said.

“The Real Beel, I expect her to improve.

“They both didn’t have a lot of luck last time, so we’ll line them up again and see where they get to.”