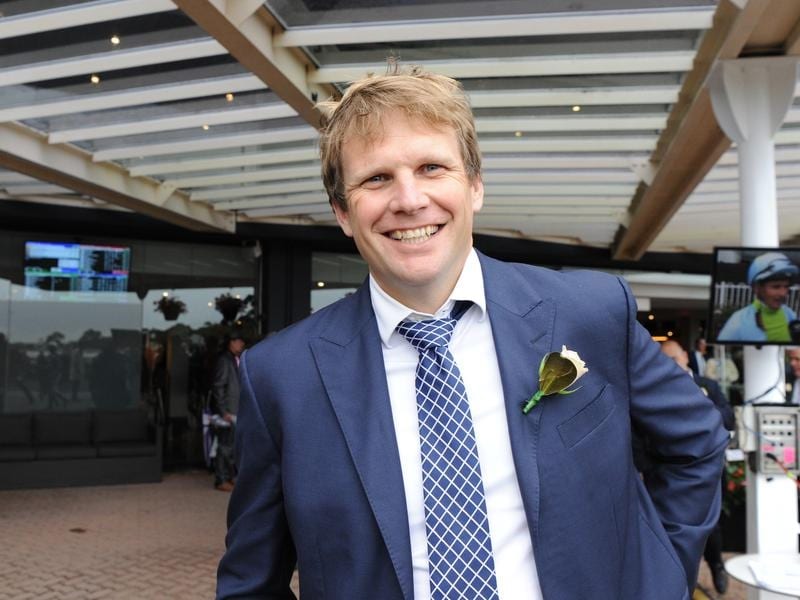 Trainer Bjorn Baker will have a large team competing at Randwick’s Kensington meeting.

Bjorn Baker has adopted the motto ‘you’ve got to be in it to win it’ as he prepares a young team of largely untapped horses to face class tests at Randwick.

Sydney race fields traditionally soften at this time of year with the autumn carnival stars in the paddock and most of the remaining talent pool headed to Queensland.

But with a truncated carnival in Brisbane and coronavirus restrictions complicating interstate travel, more horses are staying home.

“It is very competitive racing. There are no easy races, that’s for sure,” Baker said.

The Warwick Farm trainer will have up to seven runners on Saturday’s Kensington program, split between six races, although Miss Invincible is a doubtful starter on the soft track.

The majority are tackling Saturday metropolitan grade for the first time and given the depth in the fields, Baker is hopeful rather than confident.

Two-year-old Able Hill resumes in the Cellarbrations Handicap (1000m) after showing speed to win his only start at Gosford, getting the verdict despite racing greenly in the straight.

Baker has a healthy opinion of the I Am Invincible colt but he faces a task against Inglis Nursery winner Wild Ruler.

“I think when you look at the calendar it was always going to be a tough race because there aren’t a whole heap of options for these horses, especially with Queensland being up in the air,” Baker said.

“He has always shown a lot of ability and he has been a work in progress.

“He has done all he can at this stage. He’s had the one run and the form from that race has worked out really well.”

Four-year-old Canasta steps up to 1800m in the Coolmore Handicap and Baker is keen to see how he handles Saturday grade.

Bred to European time, the horse has a solid strike-rate, winning four of his nine starts, and Baker believes he has the scope to eventually run over a staying journey.

“He has done a really good job and gone under the radar. He is not the flashest track worker in the world but he is very tough and the further he goes, the better he tends to go.

“I think the best is yet to come. Once again, it’s not an easy race but you’ve got to be in to win.”