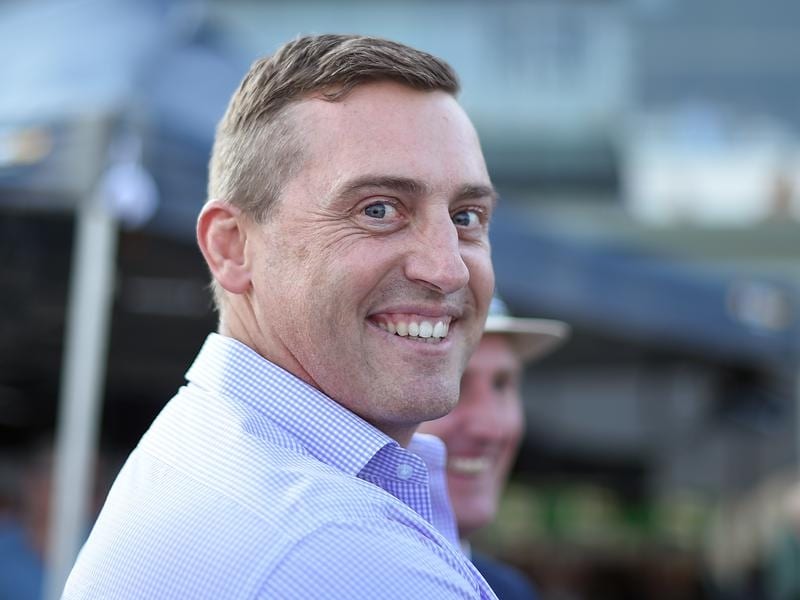 Brisbane trainer Tony Gollan has several chances at Doomben as he continues to rack up records.

Three-year-old Garibaldi heads a strong line-up for premier Brisbane trainer Tony Gollan as he heads towards yet another career peak at Doomben.

Gollan has 10 runners at Saturday’s meeting, giving him a great chance to build on his 111 winners for the season.

With three months of the season remaining Gollan is well on the way to topping his best effort of 137 winners set in 2018/19.

He also has a chance to reach the state record of 156 winners set by Ben Currie two seasons ago.

Gollan has had trebles at the past two metropolitan meetings and on Saturday has Garibaldi, Shalwa, Starosa and All Important as his best hopes.

Garibaldi has always been highly regarded but injured a fetlock in the Listed Poseidon Stakes at Flemington in October.

Garibaldi steps up to 1200m in the Three-Year-Old Plate at Doomben.

“I have always rated him a good horse and most of his racing has been at the various carnivals here and in the south,” Gollan said.

“He had a few issues last preparation, and after his last run in Melbourne he went to the Ballarat vet clinic where the fetlock was treated without surgery.

“He had a good spell and he has come back well.”

Garibaldi, a son of top sire I Am Invincible, was knocked down for $475,000 at the Magic Millions yearling sales and Gollan is looking for black-type with him this winter.

“There are a couple a three-year-old races which look ideal for him,” Gollan said.

Gollan thinks he has found the key to Shalwa who has won her past two starts and steps up to 1600m in the XXXX Dry Handicap.

“I made the mistake of keeping her to shorter races earlier on when she came to me. She is racing well as she has got out in distance and I think a race like the Listed Helen Coughlan (May 30) will suit her,” Gollan said.

“It is ballot-free for the Stradbroke so maybe it could even be for her.”

Gollan said Starosa had improved out of sight in recent weeks and she was suited in the TAB 2YO (1350m).

“There doesn’t look to be much early pace and she can run on the speed,” Gollan said.

The trainer has had a great run with All Important’s owner Linda Huddy and has had at least one winner a week for her for the past five weeks.