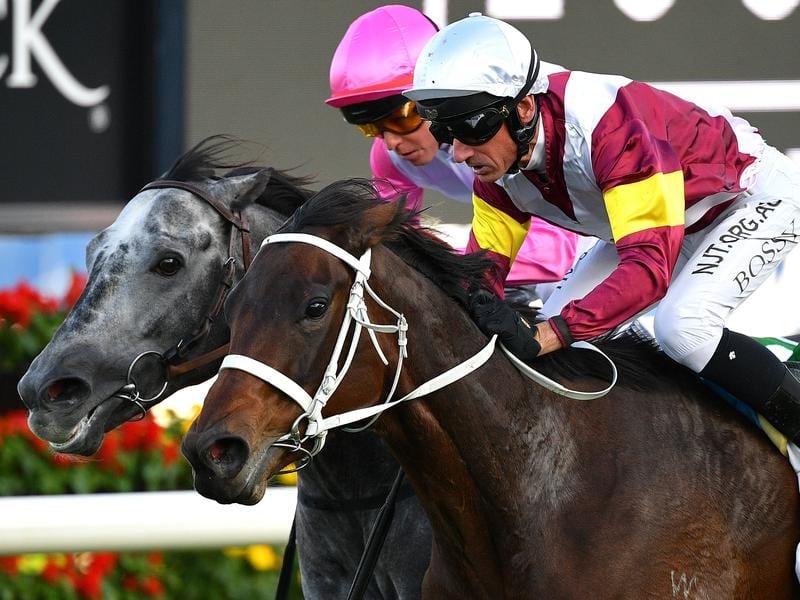 Another Dollar has added to her value as a broodmare after winning the Gosford Gold Cup at Randwick.

She will already command interest at the upcoming broodmare sale but Another Dollar’s price tag has gone up with her Listed Gosford Gold Cup win.

The 2000m-race was part of the provincial program transferred to Randwick on Saturday amid coronavirus restrictions and protocols.

Chris Waller trains the mare and has a vested interest as one of her part-owners.

“She is in the mares’ sale coming up at the Magic Millions soon so she might be someone else’s after that but her price tag might be a bit better for the owners,” Waller said.

“She has been a pretty handy horse.

“She ran second in a Group One Queensland Oaks then she just struggled on wet tracks but she’s finding some form.

“With the sale being a bit later this year she will probably have another run or two providing the tracks stay good.”

The Lord Mayor’s Cup on May 30 at Rosehill will be her next start with Brisbane also on the agenda.

“She had three Group seconds last time she went up there so she could go there for sure,” Waller said.

“There aren’t the same options up there this year but she could.”

The Matthew Smith-trained Ilwendo ($12) took the lead from the outset and it took Another Dollar ($15) to catch him on the line and win by a long head with Glen Boss riding hard.

“It was a good race to watch and well done to Racing NSW, not only for keeping racing going responsibly but moving some of these provincial Cups to places like Randwick where accessibility is a bit easier and thanks to the Gosford Club for putting the race on,” Waller said.

Another of the mare’s part-owners, Frank Cook, said it was a thrill to see her win a stakes race.

“She has been a wonderful mare. She always put in,” Cook said.

“It was good to see her finally win a stakes race rather than just get beaten in a photo.

“Any Wish, her half-sister, won her maiden earlier this week so this is very exciting.”

Smith would have preferred Ilwendo to win but is likely to send him out against the mare again in the Lord Mayor’s Cup on May 30.

“We will keep him in work, I’m trying to get his rating up as he is definitely a carnival horse.

“We might look at the Lord Mayor’s Cup in three weeks.

“If he can win one of those good races we could give him a break and look at the better races in spring.

“He showed today he has the class because they went pretty hard in front and he fought very hard.

“He tries his heart out. He’s a tough horse and I’m sure there is a good race in him.