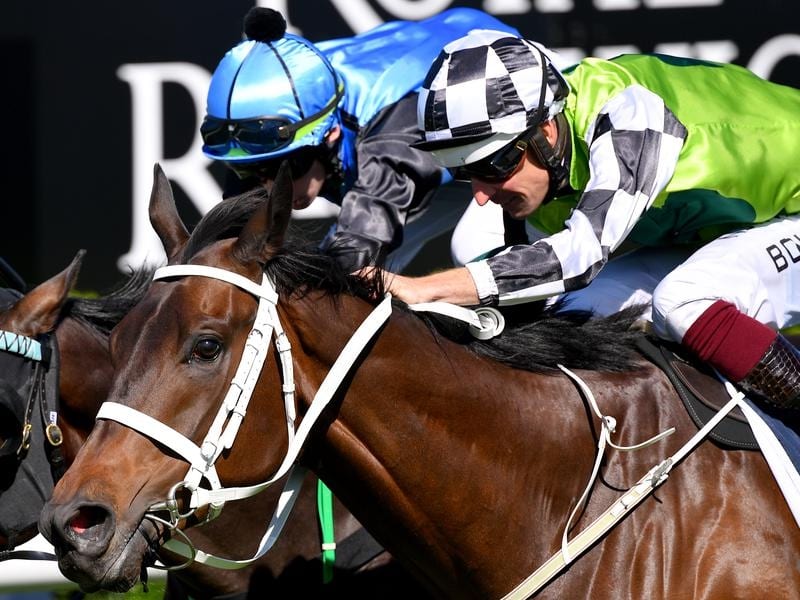 Import Yonkers is building an impressive record for trainer Chris Waller with more wins to come.

Hugh Bowman has stopped short of labelling Yonkers a Melbourne Cup horse but if the gelding’s Irish form is anything to go by, that may not be far off the mark.

The four-year-old needed all of the 1800 metres of Saturday’s benchmark race to catch Gone Bye and win by a nose and record his fourth Australian win.

Now trained by Chris Waller, Yonkers did his early racing for Ger Lyons and his placings included a third behind Il Paradiso in a 2414m-maiden at Leopardstown.

The Aidan O’Brien-trained Il Paradiso was an unlucky runner in the 2019 Melbourne Cup, being promoted from fourth to third with many believing he should have won.

“It took till the last stride to get to him,” Bowman said.

“I’m not saying he’s a Melbourne Cup horse but he’s certainly going to be up to the better staying races in the spring.”

Il Paradiso remained in Australia after the Cup and is now with the Waller stable.

The winner backed up from his third over 2000m at Rosehill a week ago with Waller crediting Bowman with that decision.

“Hugh told me not to be afraid to back him up after last week,” Waller said.

“When you book jockeys like Hugh Bowman it is invaluable to get that feedback.

“This horse had early form around all those good horses from Aidan O’Brien’s.”