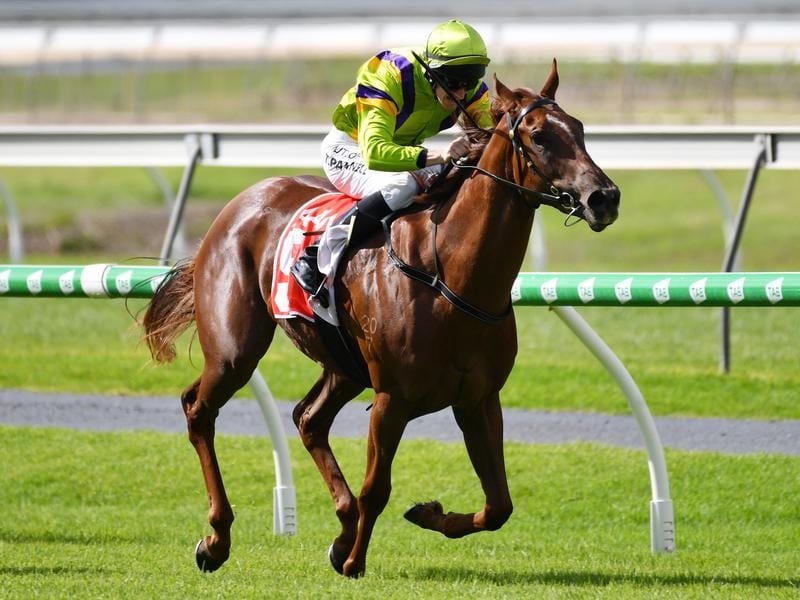 Forever Free has maintained a perfect start to her career with a stakes win at Morphettville.

Forever Free has capped an unbeaten season as a two-year-old with a first stakes victory in Adelaide.

Trained in Melbourne by Mathew Ellerton and Simon Zahra, Forever Free made it three wins from as many starts with a 1-1/4-length success in Saturday’s Listed Queen Adelaide Stakes (1050m) for two-year-olds at Morphettville.

Ridden by Todd Pannell, Forever Free began quickly to cross to the fence before sitting just off leader Zoushine but holding the inside advantage to the home turn.

Forever Free, the $5 favourite, edged clear of Zoushine passing the 200m and was strong to the line to beat the Byron Cozamanis-trained Hard Rock Girl ($11), while with Zoushine ($6.50) held on for third another length away.

Forever Free’s first two wins were in Victoria in a Ballarat maiden over 1100m in March before scoring over the same distance on a wet track at Caulfield on April 4.

Zahra said Forever Free had done a good job and would now have a break and hopefully furnish ahead of her three-year-old season.

“I thought she was pretty impressive,” Zahra said.

“I thought it was a better win than last start at Caulfield.

“The Caulfield win was more workmanlike but today she really showed a good turn of foot.

“It was a smart ride. He didn’t get into a speed battle. He was happy to let the other horse lead him and just saved her for one run.”

By Exceed And Excel out of Soaressa, Forever Free is a sister to multiple stakes winner Thermal Current.

Zahra said Forever Free, who he hopes can stretch out to at least 1400m next season, had come a long way and should learn a lot from the trip away.

“She hadn’t done that well over there, the trip took a bit out of her, so she’s done a good job,” he said.

“She’ll head to the paddock now. She’s got the black-type as a two-year-old that we were after.”