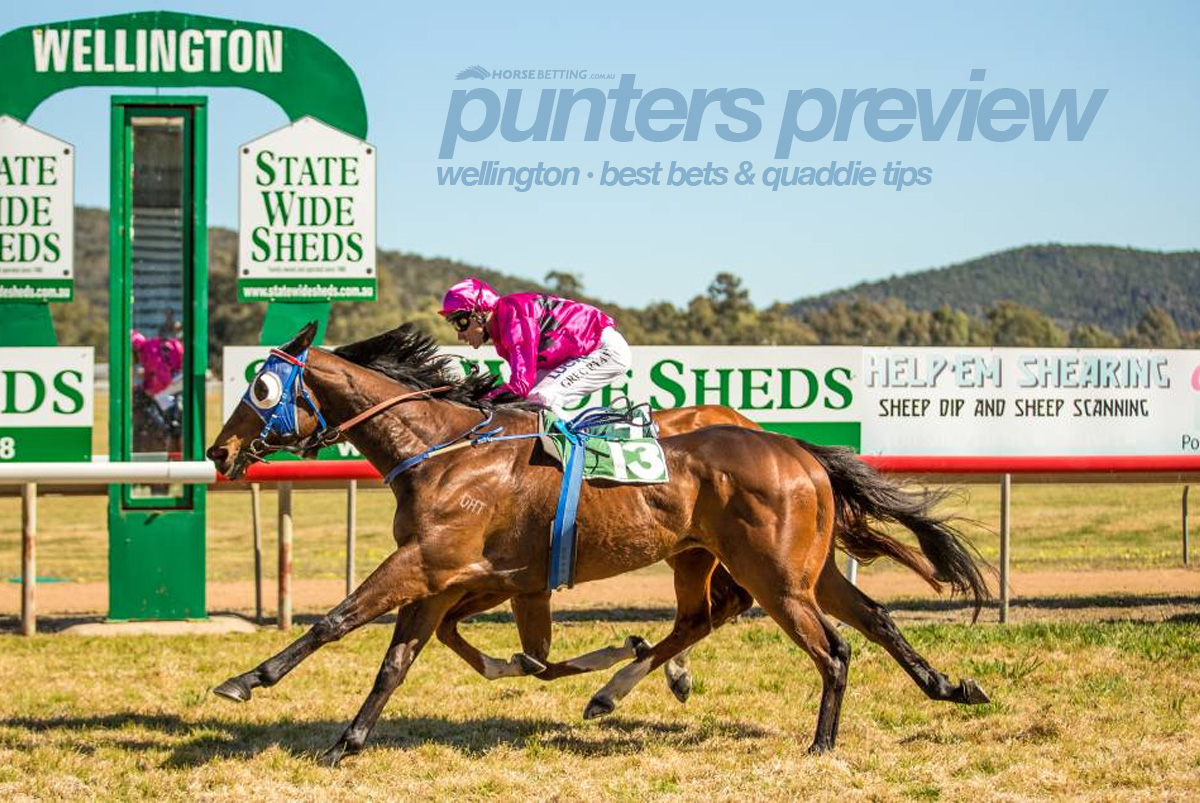 It is a big day for country cup races in New South Wales on Sunday, with the Wellington Cup Day program set to run alongside the Gunnedah Cup meeting. HorseBetting’s New South Wales racing analyst presents you with his best bets and quaddie numbers for the Sunday program, as well as his top pick in the feature $100,000 Wellington Cup – a qualifying race for The Big Dance. The track is rated a Soft 6 and the rail is in the true position for the entire course, while the meeting is set to get underway at 11:25am AEST.

Obviously with a spot in The Big Dance on the line, city trainers have picked out this race to target with their gallopers, so we can’t see much troubling the top couple in the market. Annabel Neasham has booked Tommy Berry for her import Sibaaq, who heads to Wellington following a good Australian debut run at the Gold Coast on Hollindale Stakes Day. Neasham galloped him with Zaaki between races at Doomben a fortnight ago, so we expect that to stack up here. The son of Dark Angel gets every chance to win his first race Down Under.

Best Best at Wellington – Show Me Your Love

Kris Lees and Dylan Gibbons combine in the fourth race of the day with three-year-old filly Show Me Your Love. The daughter of So You Think ran second on debut at Scone back in November in a 1400m maiden before being tipped out for a spell. She trialled twice before her first-up run, where she stepped out in another 1400m maiden at Mudgee and won with plenty of authority as favourite. From barrier one, Gibbons will be able to either lead or box-seat, giving her every chance to go back-to-back.

In the final race of the day, Stephen Jones and Rory Hutchings combine with Herzegovina, who is coming out of the very competitive Country Cup at Scone on May 13 when 12th, beaten 10 lengths. While that doesn’t sound too appealing, the six-year-old gelding didn’t handle the Heavy 9 surface and he was in the worst part of the track. Prior to that run, the son of All Too Hard was good at the non-TABs in the Merriwa Cup when third, while the run before that saw him finish strongly into third behind Acrophobic in the Tamworth Cup Prelude. He will appreciate the drier track on Sunday, while the drop back to Benchmark 74 company should suit, provided the big weight doesn’t stop him.