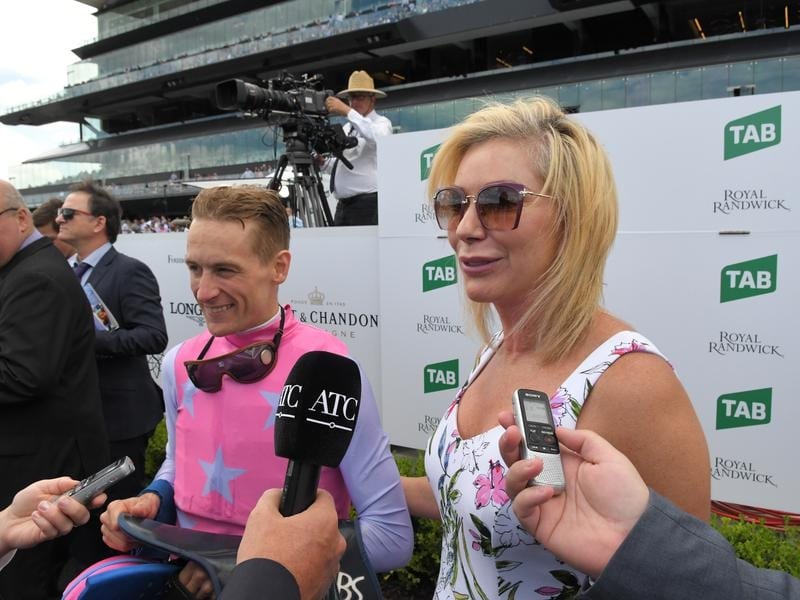 Trainer Kim Waugh is ruing another difficult draw for Trumbull in the Luskin Star Stakes.

An unfortunate campaign trend to draw wide barriers has struck again for Trumbull as he seeks a breakthrough black-type win in the Luskin Star Stakes at Rosehill.

The gelding has drawn outside gates in all four runs this preparation and has not been spared on Saturday with barrier nine of 11.

“It has been unbelievable,” trainer Kim Waugh said.

“And it has actually been so costly for him every time. He just ends up further back than what he needs to be but still running great races.”

While Waugh cannot fault Trumbull’s efforts, his results have been mixed.

A first-up win was followed by successive unplaced runs before he rebounded with a fast-finishing second to Hightail on the Kensington circuit last start.

The horse is thriving at home and with the rise in class, he drops 3kg to 54kg, his lightest impost this campaign.

“His runs have all been good and he has been going fantastic this preparation, without having a real lot of luck,” Waugh said.

“He looks amazing. Watching him walk out onto the track this morning he was a picture of health.”

Connections have tossed in a nomination for the Stradbroke Handicap in Queensland but Waugh says it is more of case of keeping their options open, rather than a serious plan at this stage.

She regards Trumbull as a genuine “top-three” chance in the Luskin Star for which the Kris Lees-trained Graff is an early favourite.

James Cummings is on a hat-trick having claimed the past two editions with Osborne Bulls and Trekking and will saddle up Ranier while three-year-old Eleven Eleven adds another dimension to the sprint.