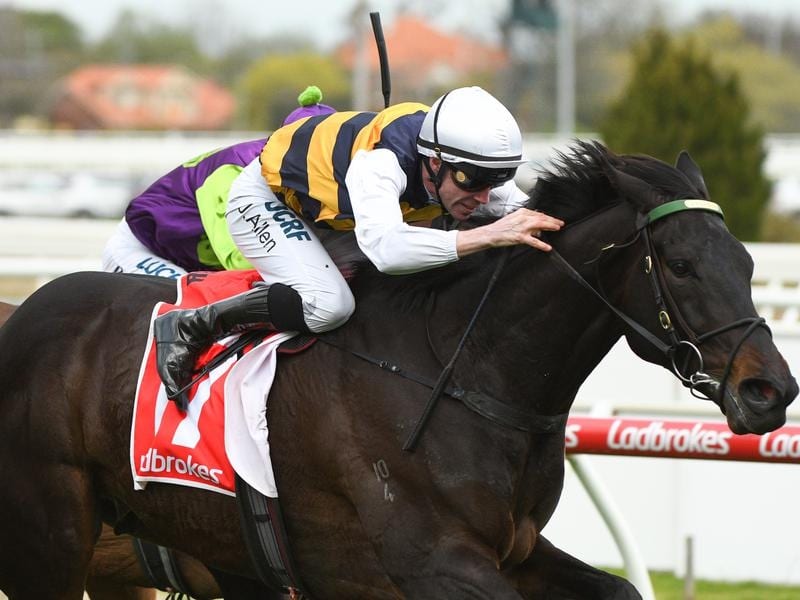 Promising galloper Harbour Views is part of an impressive book of Adelaide rides for John Allen.

The Group Three RA Lee Stakes in Adelaide shapes as an important race for import Harbour Views who will be striving to enhance his spring credentials with a first stakes victory.

Warrnambool trainer Matthew Williams has sent Harbour Views to Adelaide for Saturday’s 1600m race at Morphettville which will be the second start of his current campaign after a first-up third over 1400m at Sandown on a heavy track.

Harbour Views was the $2.60 favourite on Friday and Williams hopes the lightly raced gelding can win in his first stakes race appearance and in the process boost his rating to help with spring planning.

“There’s a lot of ticks for him and I couldn’t be happier with how he has tightened up since he has had that run at Sandown,” Williams said.

“He gets through the heavy going fine but he’s got a good turn of foot so I think a soft track that he’s going to hit in Adelaide is going to be perfect.

“He’s sound and he galloped as good as he ever has for us on Tuesday morning. I’m expecting him to go there and run really well.

“He probably needs to get a win on the board in a race like this just to get his rating up.”

Williams hopes to stretch Harbour Views to 2000m in Melbourne after Saturday’s race before a likely let-up with a view to a spring preparation.

John Allen is in Adelaide for the carnival and jumps back aboard Harbour Views having ridden him in six of his seven starts for five wins and a second rising through the grades.

“That worked out well that Johnny is over there,” Williams said.

“From a good gate (barrier 5) he should be able to give him a good steer.”

Morphettville has been a happy hunting ground for the Victorian-based Irish jockey in recent seasons, with Allen having won three Group One South Australian Derbys at the course along with three Group Three wins and 11 Listed races, either on the Morphettville or Morphettville Parks tracks.

He rode a stakes race treble last Saturday, including the Group One SA Derby on Russian Camelot.

His full book of rides on Saturday includes Stradbroke Handicap winner Trekking for Godolphin in the Group One Goodwood.