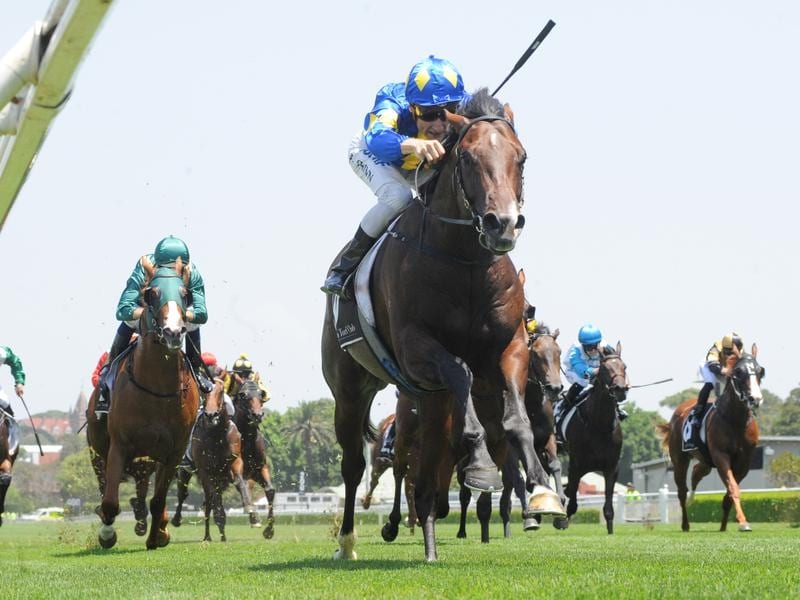 Dawn Passage will be one of two Hawkesbury Guineas runners for Gai Waterhouse and Adrian Bott.

Adrian Bott is hoping a return to a good track and a slight step up in distance will give Dawn Passage the chance to shine in the Hawkesbury Guineas.

Dawn Passage is one of two runners for the Gai Waterhouse and Bott training partnership in Saturday’s Group Three Hawkesbury Guineas (1400m) for three-year-olds, run this year at Rosehill.

Their other runner is the promising Rule The World who is first-up from a spell.

Dawn Passage charged home to run second in his autumn return in the Listed Darby Munro Stakes (1200m) at Rosehill last month before an unplaced finish on a heavy track in the Group Two Arrowfield 3YO Sprint (1200m) at Randwick.

“He has been a little bit of a frustrating type because I’ve got a lot of time for him – I think he’s got a lot of natural ability – but I’ve had to make a few excuses for him,” Bott said.

“Hopefully we don’t have to make any on Saturday.

“He’s been just a bit unlucky with his racing pattern of getting back.

“The 1400 metres should be suitable for him. He can hopefully sit a bit closer and I feel he’ll be able to let down better on top of the ground.”

Dawn Passage’s two wins from seven starts have been on good-rated tracks, including the Listed Rosebud (1100m) last August.

Rule The World has three wins from four starts and runs for the first time in 2020.

He went for spell after his fifth in the Spring Stakes at Newcastle in November.

“Rule The World is a lovely prospect,” Bott said.

“He won first-up last campaign so he can run well fresh and the 1400 metres is ideal for him.

“He’s fit and forward and ready to go off the back of three nice trials.”

“I guess Dawn Passage has got the advantage of the race fitness and he’s probably proven at that class,” Bott said.

“Rule The World has always promised to get to this level but he has still got to be effective at this grade.

“But he’s got the potential to go right on with it.”