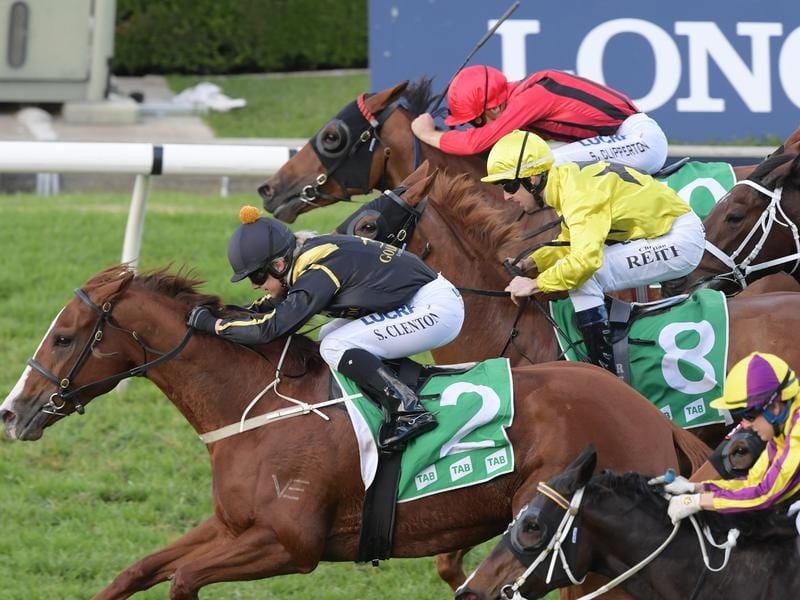 Nicci’s Gold will try to recapture winning form at the transferred Hawkesbury meeting at Rosehill.

Mares of a certain age can lose interest in being racehorses and Gary Portelli feared that was the case with Nicci’s Gold this campaign.

The five-year-old’s trackwork had been lacklustre and she was not showing her usual enthusiasm around the stable.

But since getting another taste of competition when she resumed in the Sapphire Stakes, Nicci’s Gold has regained her spark.

“I was thinking this might be the prep where I wouldn’t get her to the track. Some of these mares just decide that’s it and she was struggling to come into form with her trackwork and just wasn’t her usual self,” Portelli said.

“Since that run I have seen her back to her usual ways.

“She has come on in leaps and bounds since.”

Nicci’s Gold will bid to add further black-type to her pedigree in the Group Three Hawkesbury Crown (1300m) at Rosehill on Saturday.

While she finished down the track behind White Moss on heavy ground when she resumed in the Sapphire, she was unsuited by the conditions and tempo.

“It was a run she had to have,” Portelli said.

“The rider came back and said it was a lot better run than what you think. She was trying her heart out right through the line but just couldn’t make up ground because it was too heavy.”

Nicci’s Gold has an outstanding second-up record of four wins from seven attempts and Portelli has deliberately timed her appearance in the Hawkesbury Crown.

“Definitely. Even though we weren’t happy to go around last start we had to, just to get that run out of the way,” he said.

“You know second-up you’ve got a horse with a run under their belt and if the race is run to suit second-up, she is going to be storming home and hopefully finish top three.”

Portelli will also start Strome after scratching her from Randwick last week because of a wide gate.

She has drawn well in five and has shaped up strongly at the trials.

“She has been knocking on the door at this level,” Portelli said.