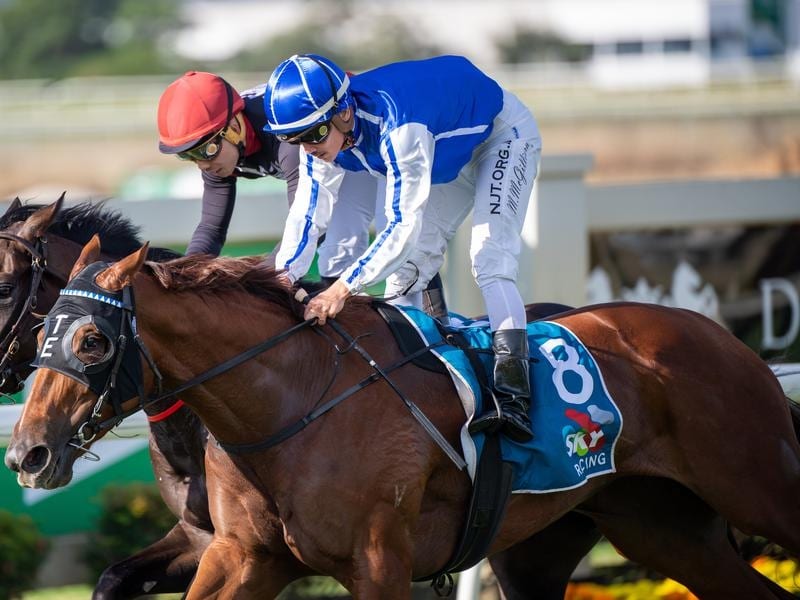 Vanna Girl has upstaged her male rivals to win the Listed Doomben Guineas over 1600m.

Classy filly Vanna Girl earned valuable black-type and earned herself a tilt at another big prize later in the winter with her win in the Listed Doomben Guineas.

The filly continued the great run for the Toby and Trent Edmonds training partnership who have had 25 winners in the past five weeks, including four at the Gold Coast metropolitan meeting on Friday.

The partnership have had a huge opinion of Vanna Girl in recent months and had her aimed at the Group One Queensland Oaks.

However, when the Oaks was one of the races scrapped from the winter because of coronavirus restrictions they had to lower their sights.

Toby Edmonds said the new aim had been to get the filly black-type .

“She can head to the (Group Two) The Roses on June 13 which should be perfect for her. We will have to find another lead-up which we can decide on shortly,” Edmonds said.

“Then we might talk about the spring. Don’t forget she has been doing this on a preparation where we have been forced to give her a week off and bring her back and give her another week off, etc.”

Vanna Girl is a sister to Edmonds’s former good mare Plucky Girl and she is already a valuable stud proposition.

Jockey Matt McGillivray put himself into two weeks isolation because of earlier coronavirus restrictions to ride Vanna Girl in the 1615m race.

He is keen to maintain his association into the winter.