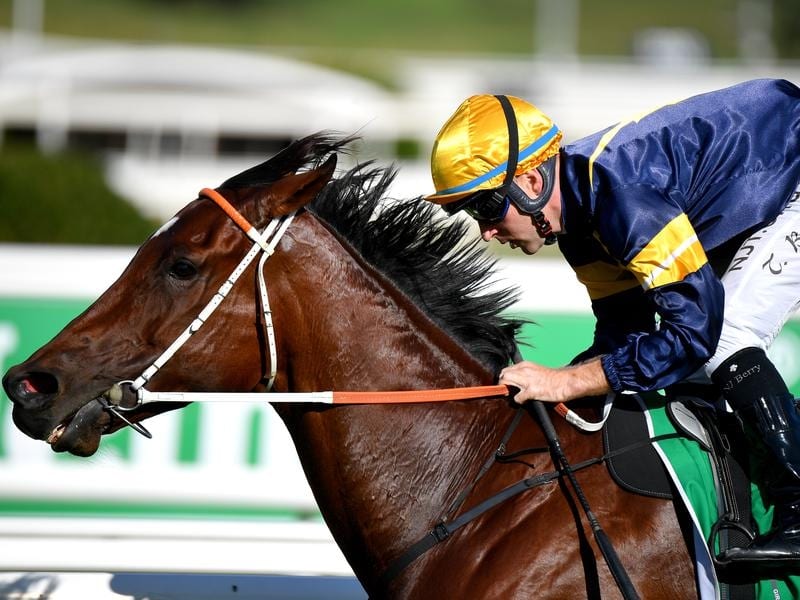 Masked Crusader has underlined his immense promise with a clear-cut win at Randwick.

Masked Crusader has only been beaten once and it does not look like happening again any time soon.

He was sent to the Hawkes’ Melbourne stable and registered wins at Caulfield and Bendigo before begin brought back to Sydney where he led all the way in Saturday’s benchmark 78 race over 1200m to win by three lengths from Segalas as the odds-on favourite.

Co-trainer Michael Hawkes said the options were limitless but in the immediate future the Scone Guineas next week at Rosehill was ideal.

He was ridden by James Winks in Melbourne with Tommy Berry back aboard on Saturday.

“I don’t know where the top or the bottom is with this bloke yet and I think Tommy is probably going to have the same opinion.

“But you can only win and he’s won well. That’s what he was here today for.

“He was a little bit fresh and he just wanted to race a touch keen in the run. But Tommy has ridden this track plenty of times and it was always about, just getting to the top of the rise and letting him slide, which he did.

Tommy had a bit of a peep over his shoulder and he’s just a lovely horse going forward.

“He is probably a lot better than winter grade. We will see how he pulls up and he might back up in the Guineas yet.”

For Berry, it has been a six-month wait to get back on Masked Crusader.

“It was like Christmas Day this morning, I’ve waited that long for him,” he said.

“I rode him first start even though beaten that day he gave me a lovely feel.

“I’ve always had a big opinion of but I’ve had to wait a very long time to ride him again.

“The team has placed him really well and he has come back so well. He is a lovely type.”