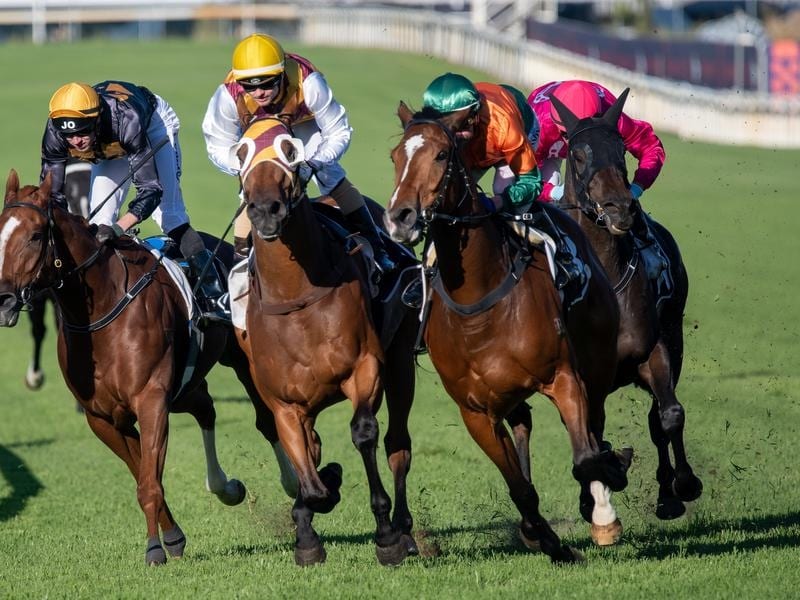 The Qld Trainers association has defended the small fields at the Gold Coast and Doomben.

Queensland’s biggest trainers’ body has defended officials over criticism of the quality of the metropolitan meeting at Doomben.

Racing Queensland has split the state into zones with metropolitan racing at the Gold Coast on Fridays and Brisbane on Saturdays.

The Brisbane meeting on Saturday had four races which did not have each-way betting while the two feature races had only four runners each.

RQ is responsible for programming at all meetings and it bore the brunt of criticism mainly on social media.

The secretary of the Queensland branch of the Australian Trainers Association Cameron Partington said the criticism was unfair because RQ was working under strict government coronavirus guidelines at the time the programs were published.

“Basically they had to program races to give horses in each zone a chance to step towards their winter targets,” Partington said.

“The situation has now changed and provided we all still work to strict biosecurity rules we should be fine.”

RQ has announced a modification of the restrictions between zones which will ease pressure on trainers.

Partington said key points included from Monday horses for the Ipswich meeting could arrive on course as normal from anywhere in the new combined metro north/south regions.

“Trackwork, jump-outs and trials will stay as is which means riders and staff etc can only operate each morning at their nominated club or venue,” he said.

“Programs for May that have already been released will stay as is. New programs from June will see a return to more normality like a designated midweek metro and a Saturday meeting, not the hybrids we have seen and that will continue through May.”

An RQ spokesperson said the May programs had been drawn up to help owners and trainers with winter horses and had been within government guidelines on strict biosecurity protocols.