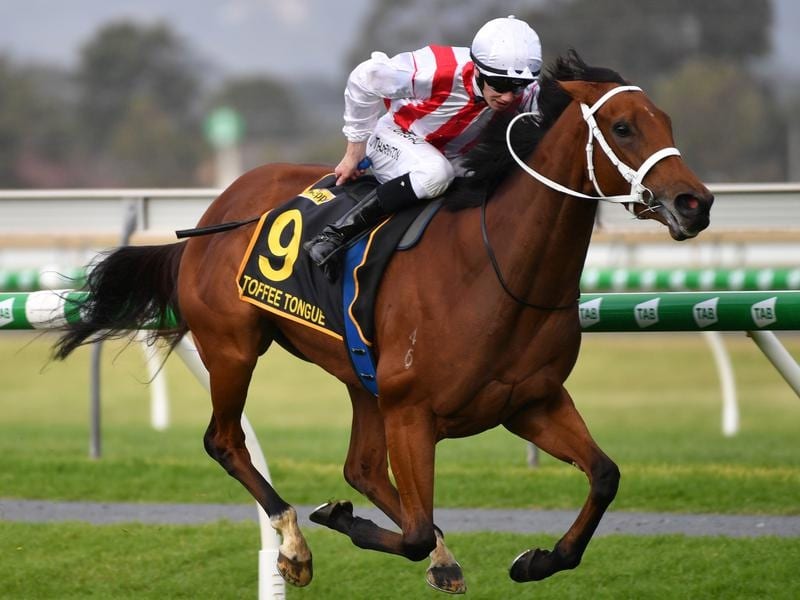 Damien Thornton has ridden his first Group 1 winner Toffee Tongue in the Australasian Oaks in Adelaide.

The decision to self-isolate for two weeks to compete during the Adelaide carnival has already paid off for Damien Thornton who has become Australia’s newest Group One-winning jockey.

With the lure of some prized rides during the Adelaide carnival, the Victorian jockey made the call to relocate and fulfilled the required COVID-19 imposed quarantine period before riding on Saturday at Morphettville.

The 24-year-old guided the Chris Waller-trained filly Toffee Tongue to victory in the Group One Australasian Oaks, two years after he was narrowly beaten in the same race aboard Sheezdashing.

“I feel pretty happy about it now,” Thornton told RSN927.

“We thought it was the right decision at the time and now it has just been proven.

“The first week wasn’t too bad and it was good just to have a bit of a break away from racing. But the second week it did start to get a bit boring and I started to get over it the last few days.

“But I knew what was at the end and it was what I had to look forward to.”

Thornton almost made it a Group One double on Saturday, with Lyre storming home for second to Bella Vella in the Robert Sangster Stakes 40 minutes after the Oaks.

The jockey plans to ride on Wednesdays and Saturdays in Adelaide over the next couple of weeks as well as riding track work.

He has a strong chance to add another Group One win on Saturday aboard Victoria Derby winner Warning in the South Australian Derby (2500m).

Toffee Tongue ended up further back than Thornton had planned but he was able to produce a rails-hugging ride to win by three-quarters of a length.

His Group One win was not the only milestone for the family on Saturday with his younger sister, apprentice rider Stephanie Thornton, outriding her claim with her first of three winners on the Doomben program.