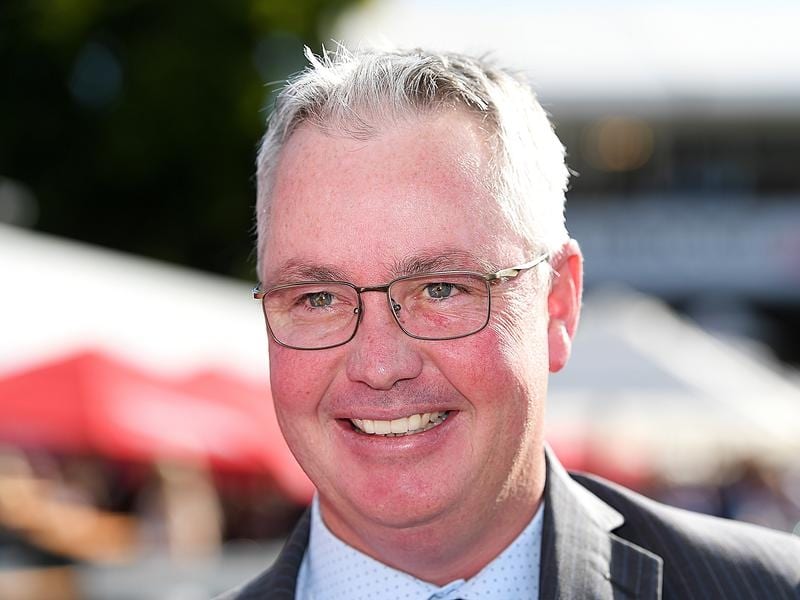 NZ trainer Tony Pike will have two-year-old Not An Option in the Group One Champagne Stakes.

New Zealand trainer Tony Pike has decided not to press ahead with another Sydney Group One start for The Bostonian.

Six of the gelding’s 10 wins have been in Australia including his three at Group One level, the latest the Canterbury Stakes (1300m) on March 7.

He was runner-up to Dreamforce in the George Ryder Stakes (1500m) on March 21 and Pike had planned to run him in Saturday’s All Aged Stakes.

The trainer returned home a few weeks ago before New Zealand was locked down because of the coronavirus pandemic and The Bostonian stayed with John O’Shea at Randwick.

“We have just decided to pull the pin on him,” Pike told NZ Racing Desk.

“Talking with John, he wasn’t 100 per cent happy with him since he arrived.

“He had done a great job in his two runs over there. We will bring him home and we will set him up for the Winx Stakes in Sydney at the end of August.”

Pike is not quite finished with the Sydney carnival with two-year-old Not An Option to run in Saturday’s Group One Champagne Stakes.

Not An Option is stabled with Richard Freedman at Rosehill and pleased Pike with his third in the Kindergarten Stakes last Saturday week.

“Over the 1100 metres, from the outside gate and to go back to last, it was always going to be a bit sharp for him. He was very strong over the final stages,” Pike said.

“Reports are really good and he has bounced through it in great order.

“He galloped on the course proper at Rosehill this (Tuesday) morning with an older country Cups horse and worked really well over 1200 metres.

“Apparently he has pulled up very well. As long as we are happy with him over the next 24 hours he will line up in the Champagne Stakes on Saturday.”

Not An Option has not been tested over further than 1200m, but Pike believes the mile will be ideal.

“He is bred to get over a little bit of a trip and we have always thought once he can stretch out over further it would really suit,” Pike said.

“It gives him a chance at a Group One race in Australia and improved track conditions will help him on Saturday as well.

“It doesn’t look like being a big field, but there is a fair bit of quality in it.”

If Not An Option runs well he will head to Brisbane for the J J Atkins, one of two Group One races to be run during a revamped Queensland winter carnival.