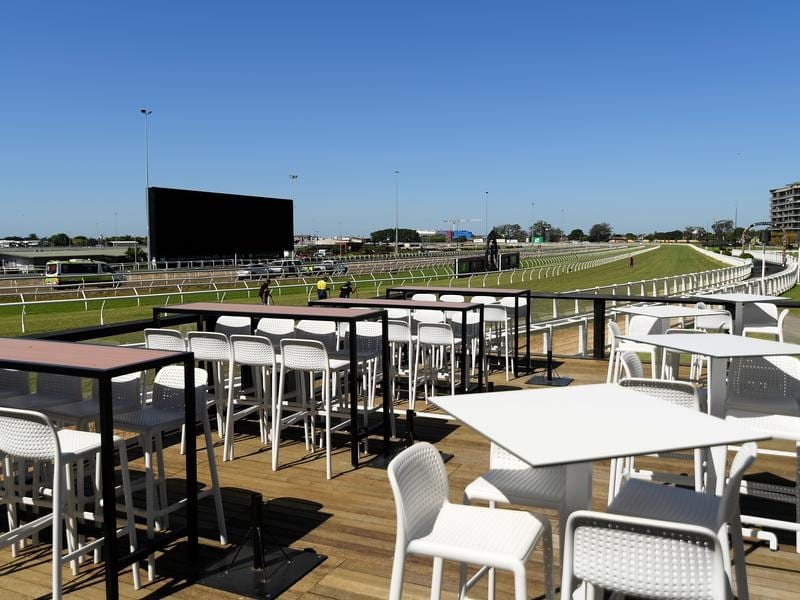 Eagle Farm Racecourse will be ready to resume racing behind closed doors later than planned.

Eagle Farm racecourse will have a slightly extended hiatus with pressure to reopen it sooner easing.

Racing Queensland, which is in charge of the Eagle Farm renovations, had always planned to rest the track for up to six weeks but that will now be eight weeks.

The track has not hosted a meeting since March 25 and the next one is planned for May 23.

Eagle Farm’s course proper chopped up during the seven meetings it had during February and March.

It was partly put down to a grub infestation which has been addressed in recent weeks.

An RQ spokesman said it has always been the intention to give Eagle Farm a four to six week rest leading into the winter carnival.

When the restrictions were put in place to combat the coronavirus pandemic it had been hoped Eagle Farm might have been able to play a part with a four-week rest.

But with a scaled down winter schedule officials felt there was no need to rush Eagle Farm back into action before the Group Two Victory Stakes day on May 23.

The spokesman said the Sunshine Coast would now host the Anzac Day metropolitan meeting on Saturday week after swapping with Doomben which takes the April 22 midweek meeting.

Under the revised format, the Group One Stradbroke Handicap and J J Atkins have been reinstated to be run at Eagle Farm on June 6.