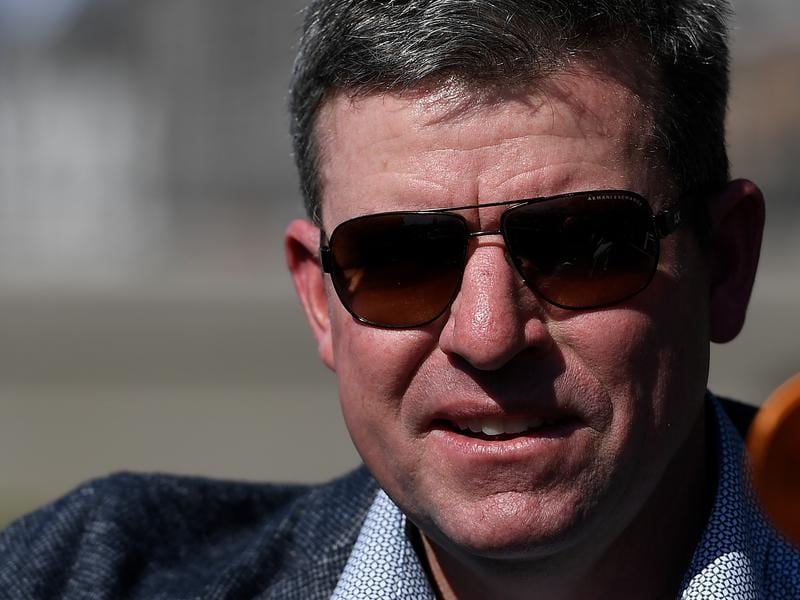 Stuart Kendrick has trained his 900th winner with Superare successful at the Sunshine Coast.

Caloundra trainer Stuart Kendrick wondered where the years had gone after he celebrated winning his 900th race.

It was apt Kendrick reached the milestone at the Sunshine Coast because he has been the premier trainer at the beachside track for the past seven seasons.

His gelding Superare ($5) scored an impressive win in the Butler McDermott Lawyers Handicap at his second race start.

Kendrick started his career in Mackay as a 19-year-old when he took out an owner-trainer permit with one horse.

“I remember my first winner at Mackay with a horse called Monojet like it was today,” Kendrick.

“I was working selling real estate but that win encouraged me to go full-time.”

Kendrick had plenty of early success with horses such as good North Queensland performer Captain Biggles who he bought from Gillian Heinrich.

He had a stint at Eagle Farm in Brisbane where his best horse was Slipstream who won eight races before Kendrick returned to Mackay in 2004 for several years.

It was the deeds of his filly Doubtfilly who ran fourth in the 2012 Golden Slipper that encouraged him to move back south to the Sunshine Coast.

“But the past two decades have flown by. I have been lucky to have some great owners and some very good horses,” Kendrick said.

Tough gelding Victory Eight ($3.60) appreciated a return to his home track when he won the John Burgess Electrical Open (1400m).

Victory Eight has now won nine races and seven of them have been at the Sunshine Coast.

“He wasn’t far behind some Group winners in Silvera and Baccarat Baby at his last start so he was well placed here,” trainer Trevor Miller said.

Miller was for many years the leading trainer at the Sunshine Coast and has been rebuilding his team.

He has high hopes for his two-year-old Zingalong who will be chasing his second win at Doomben on Saturday.