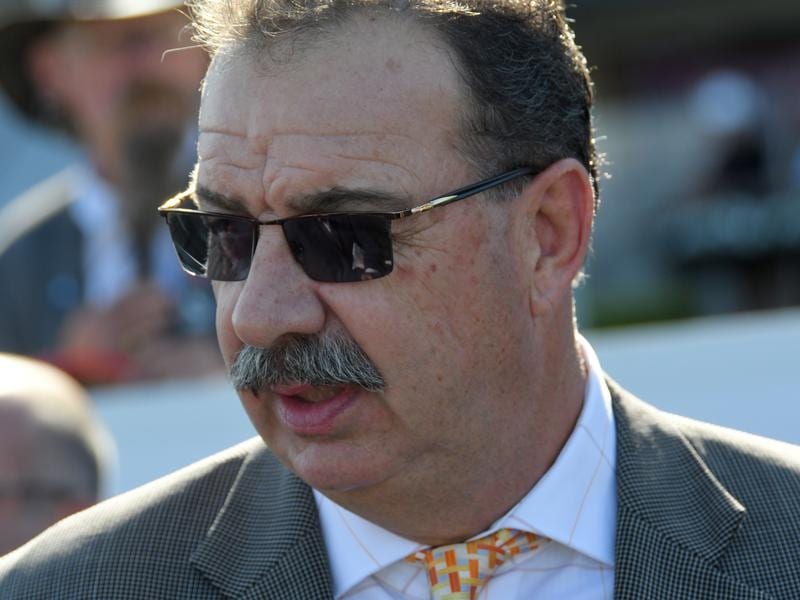 Trainer John Sargent is hoping for a win in Adelaide on Saturday.

The SA Fillies Classic in Adelaide is the target for Sydney trainer John Sargent with Stick ‘Em Up which has also been nominated for the Andrew Ramsden Stakes in Melbourne.

Sargent has confirmed Stick ‘Em Up will head to Adelaide for Saturday’s Group Three SA Fillies Classic (2500m) at Morphettville, with the trainer hoping the filly can go one better than stablemate Miss Moana a year ago.

Sargent also nominated Stick ‘Em Up for Saturday’s Listed Andrew Ramsden Stakes (2800m) at Flemington for three, four and five-year-olds, a race which carries a ballot exemption into this year’s Melbourne Cup for the winner.

“That was only as back up if she didn’t get into the race in Adelaide,” Sargent said.

“She is going to run in the Fillies Classic.”

Stick ‘Em Up finished fifth in both the Adrian Knox Stakes and Group One ATC Australian Oaks at Randwick during the Sydney autumn carnival and heads into Saturday’s race for three-year-old fillies off a win in a 2350m Class One at Newcastle last start.

“She was not ridden the best in the Oaks and we’re trying to get some black type with her while she’s still a three-year-old,” Sargent said.

“She won at Newcastle last start and that’s exactly the race I won with Miss Moana last year and then she went down for this race and got beaten a head.”

Todd Pannell rode Miss Moana last year and Sargent has booked him to ride Stick ‘Em Up on Saturday.

Sargent said Stick ‘Em Up had travelled down from Sydney to Melbourne, arriving on Tuesday morning ahead of a trip across to Adelaide on Thursday night.

“She’s still got to mature but she’s a very good staying type of horse,” Sargent said.

“I couldn’t be happier with her. I think she will be a good chance.”