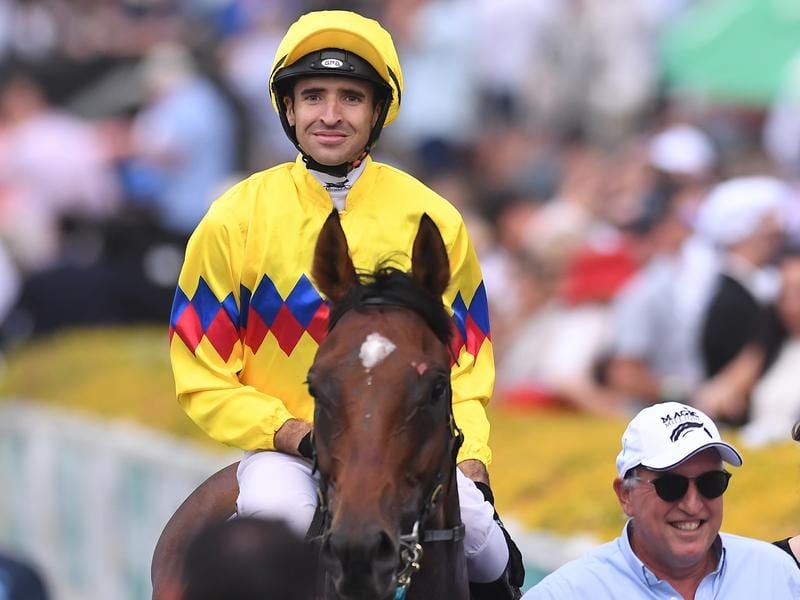 Jockey Michael Rodd is ready to race again after isolation.

Returning jockey Michael Rodd cannot wait for his isolation period to finish allowing him to get out and start earning a living again.

Riding in Singapore since 2015, Rodd made the decision to return to Melbourne when racing was shut down because of a spike in coronavirus numbers in the country.

Fellow jockeys Daniel Moor and Patrick Moloney also returned to Melbourne and have finished their isolation periods while Rodd finishes his time on Sunday.

Rodd said he had a few loose ends to tidy up delaying his trip home which took him via Doha and 40 hours of travel.

“I’m back to ride and I don’t know what is happening in Singapore and it could even be a permanent move the way it is shaping,” Rodd said.

“I’m doing it alright in isolation at the moment and I’ve set myself something to do each day.

“I get up and have a workout. As long as you’ve got something planned for the day it’s OK, but if you get up and mope around, it can get to you a little bit.”

Rodd hopes to be back riding at Flemington on Saturday week and needs to get a clearance from stewards to start out again.

Isolation has stopped Rodd searching for accommodation for his family, currently in Rockhampton with his in-laws, and from also getting an Australian number for his mobile phone.

But Rodd is looking forward to getting out and about again and returning to work.

“Hard work is not something I’m worried about, its something I’ve always done,” Rodd said.

“I’m looking forward to getting out and seeing some old faces and meeting some of the new ones, in both the jockeys room and training ranks.

“I’m really looking forward to it, especially after being holed up here for two weeks.”

Rodd had a successful stint in Singapore which began in 2015 netting 341 winners, the majority for ex-pat Australian trainer Cliff Brown.

Before departing Singapore, Rodd was third on the premiership table behind Victorian jockey Vlad Duric who has decided to remain in Singapore and ride out the pandemic.