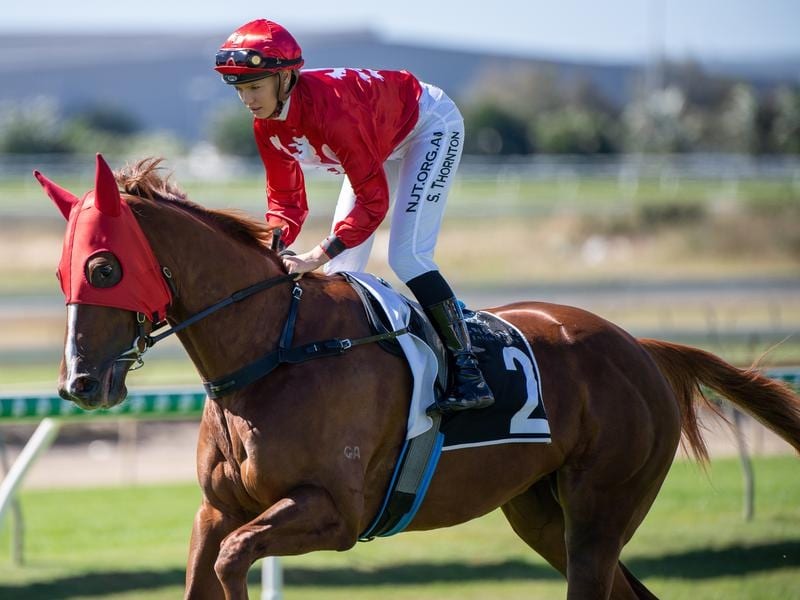 Starosa has been a dramatic firmer in markets on the Group One J J Atkins after her Doomben win.

Under-rated filly Starosa has shortened dramatically in markets on the Group One J J Atkins after her easy win at Doomben.

Starosa made it two wins in a row when she strode to a five length-victory in Saturday’s Two-Year-Old Handicap (1350m).

Before the win bookmakers were freely offering $51 about Starosa in the J J Atkins (1400m) on June 6 but she was as short as $6 on Sunday.

Trainer Tony Gollan admits a Group One tilt for Starosa was far from his mind last month after the filly failed at her first two starts.

“I was keen to win a maiden with her. But we took the blinkers off her and she has just improved lengths,” Gollan said.

“In normal times I would be looking at a Listed or Group Three race for her. But these aren’t normal times and she just keeps improving.

“The J J Atkins is back in distance to 1400 metres and that will suit her perfectly.”

The Atkins and the Stadbroke Handicap are the only two Group One races during this year’s Brisbane winter carnival which has been revamped because of the impact of the coronavirus pandemic.

Gollan also has Isotope set for the J J Atkins and she is the current $4.50 favourite.

Isotope will probably have a jump-out or trial before she tackles the Group Two Champagne Classic on May 23 at the reopening of Eagle Farm.

The Robert Heathcote-trained juvenile Rothfire will have a jump-out before he also returns in the Champagne Classic.

Rothfire has not run since suffering his first defeat in five starts when second in the $500,000 The Jewel 2YO on March 14.

Co-trainer Toby Edmonds has indicated Gold Coast colt Wisdom of Water is likely to miss the Champagne Classic and stay at home for the Listed Ken Russell Memorial on May 16.

Wisdom of Water made a brilliant return to racing with a win at the Gold Coast on Friday in faster time for 1200m than the Class Six winner.

Both Rothfire and Wisdom of Water are headed to the J J Atkins.