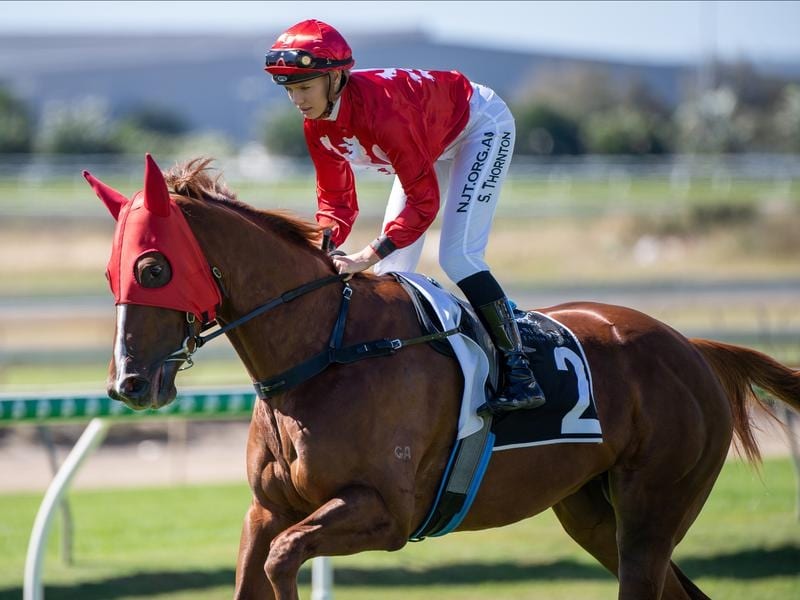 Starosa is in the frame for a Group One JJ Atkins start after scoring a strong win at Doomben.

A clever raceday gear change has put two-year-old Starosa on the road to the Group One JJ Atkins.

The filly did her early racing in blinkers and was well beaten at her first two starts.

Trainer Tony Gollan removed the blinkers for her run at Doomben last month and she scored a surprise win.

The blinkers remained off the filly’s raceday gear on Saturday and she raced strongly.

“A race like the Phoenix Stakes at 1500m would have been her mission,” Gollan said.

“But with a reduced winter programme we might as well have a crack at a Group One in the JJ Atkins (on June 6).

“I think she will run a strong mile so the 1400m of this year’s Atkins is no problem.

“Starosa was sent to us as a yearling and she has developed into one of the finds of the season.”

Gollan said he would another race for Starosa on the next three weeks as a lead up to the J J Atkins.

It gave apprentice Stephanie Thornton back-to-back wins after she took the previous race on Mount Beauty.