According to Theo, 66, the husband-and-wife team started training in 1974, prior to a 15-year break to raise three children, and then resumed their greyhound racing passion in the early 1990s.

Tonight, the Van Taarlings will rug four runners at ‘home track’ Shepparton and will be a part of Australian greyhound history when their greyhounds’ races are beamed live into the US.

“As far as our best chance is concerned, I think it’s a toss of the coin between Twilight Flame and Shock Value,” Theo said.

Call Me Tanya, Race 4 Box 2, 7.57pm
“She’s only learning but improving all the time… She likes the rails as it gives her the opportunity to muster speed… I give her a place chance.”

Twilight Flame, Race 4 Box 3, 7.57pm
“She’s in a similar boat to Call Me Tanya… She has good acceleration once she hits the ground… I think she can win, but she’ll need luck.”

“She was off the scene for around eight months, but has improved with every start since resuming,” Theo said. “Bad box manners are her problem, but she’s a great chance if she comes away with them.”

Pawnote: In a first for Victorian and Australian greyhound racing, races 4-12 at Shepparton will be broadcast into North America with a potential wagering audience of millions of people.

GRV has teamed with Sky Racing and TAB to initially broadcast Australian greyhound racing throughout the US via skyracingworld.com and online wagering companies.

And Theo Van Taarling is full of praise for our sport’s push into the North American market.

“It’s a growing business now… Hopefully it expands into other countries,” Theo said. “It can only be good for the industry that our sport is being showcased to the US. Obviously, it’s great publicity for Victorian and Australian greyhound racing.” 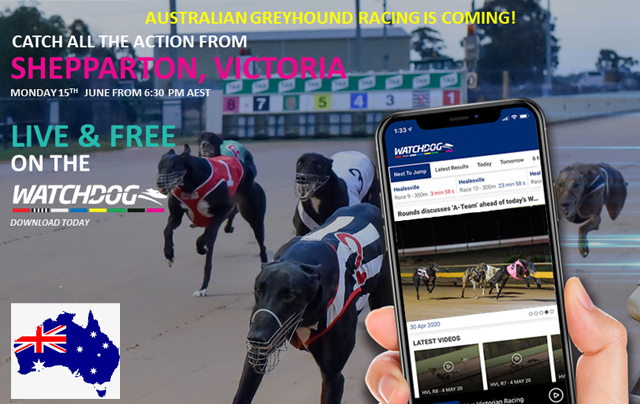