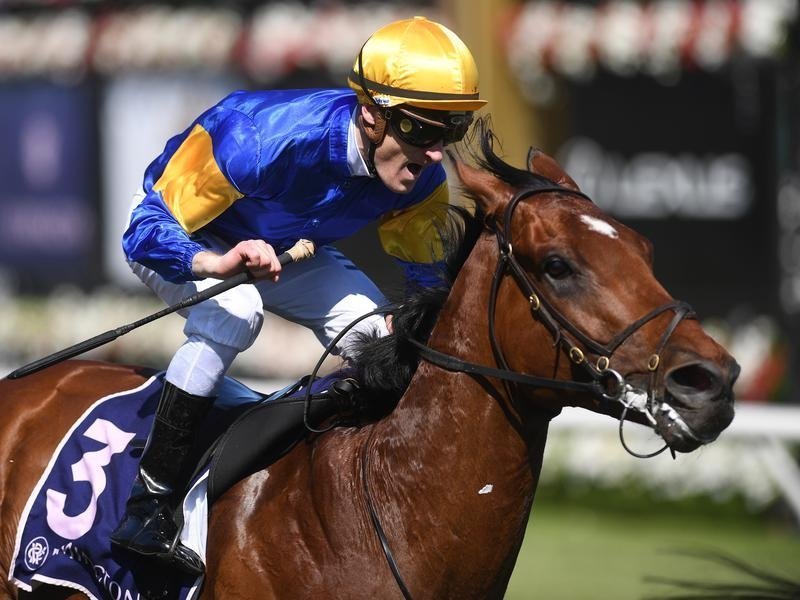 Santa Ana Lane’s return has been delayed because of teh wet Randwick track for The Shorts.

Everest favourite Santa Ana Lane has been scratched from an important lead-up race to the $14 million sprint because of a heavy track at Randwick.

Santa Ana Lane was an acceptor for Saturday’s Group Two Shorts (1100m) but Sydney’s wet weather has prompted trainer Anthony Freedman to keep the star sprinter in Melbourne and bypass his planned return.

Seven-year-old Santa Ana Lane, a five-time Group One winner including the $2.5 million TJ Smith Stakes at Randwick in April, was scheduled to run in The Shorts then have four weeks between runs into The Everest (1200m) at Randwick on October 19.

Instead he will now resume on October 5 in either the Premiere Stakes at Randwick – a race he won last year – or in the Gilgai Stakes at Flemington on the same day before the The Everest two weeks later.