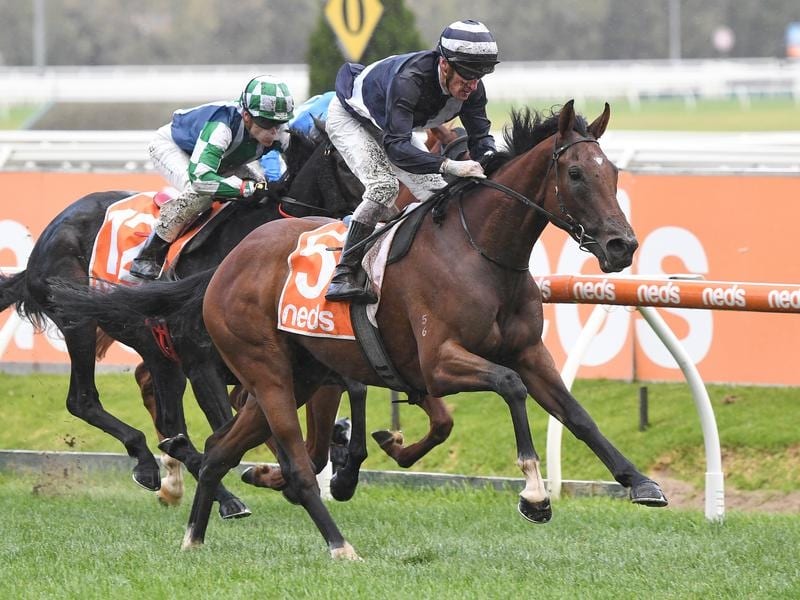 Royal Crown can cement a South Australian Derby start via the VRC St Leger at Flemington.

Robbie Griffiths has completed the first part of the the job he was given when fellow Cranbourne trainer Mick Kent transferred promising three-year-old stayer Royal Crown to his stable.

The task was to win the Galilee Series Final (2400m) at Caulfield on April 11 with Royal Crown stepping up to the plate in convincing fashion.

Griffiths says anything beyond that is a bonus as he prepares Royal Crown for Saturday’s Listed VRC St Leger (2800m) at Flemington.

The trainer says Saturday’s race is the natural progression from Caulfield ahead of a possible trip to Adelaide for the South Australian Derby (2500m) at Morphettville on May 9.

Griffiths took over Royal Crown when Kent decided to take a break and head overseas to get away from the day-to-day grind of training.

The coronavirus pandemic has curtailed Kent’s travels but he has not indicated when he will return to training.

Royal Crown has won two of his three starts, over 1800m at Sandown on March 11 and last time out at Caulfield.

“I’ve had two text messages from him (Kent), one after he won at Sandown and one after the Galilee,” Griffiths said.

“Mick didn’t have a program in mind for the horse when he dropped him off.

“He said ‘how you get to the final is up to you’, so when he won at Sandown I got ‘well-placed with a thumbs-up’ then after Caulfield ‘thumbs-up and good job’.”

Royal Crown has an extra 400m to contend with on Saturday.

But Griffiths says all the data he has collected on the three-year-old says he will run the trip.

“He’s got great capacity and his recovery and his lactates all seem to indicate stamina is his strength,” Griffiths said.

“And his first taste of that was very impressive over the 2400 metres.

“He switched off in the concluding stages but that was more concentration than being a problem with the way he came into the race.

“So everything we look at suggests he will run it.

“If he lines up with the same energy he had a Caulfield you would think he’d be a big winning chance again as it’s a similar field and he won pretty convincingly.”

Kent is the former trainer and a part-owner of the Chris Waller-trained Frank Packer Plate winner Kinane who is also a leading contender for the SA Derby on May 9.