So right now many of us are coping with the kids at home. Suddenly you’re the parent, teacher, everything. How many could you handle?

Imagine having 15 of the little tykes running around.

Spare a thought for Tracey Salter and her bitch Eminence (known at home as Tiggy), who has just graced the world with a litter that may very well be a record: 15 pups – seven girls and eight boys – and all survived.

Tracey’s not holding back with her excitement. “People keep telling me it’s a record!”

“It was a really difficult process. The vet’s amazed Tiggy made it through. She had kidney failure as well, and spent five days in ICU, but she’s home now. She’s lost a lot of weight, but she’s on the mend.”

“She’s not strong enough to look after her babies. It’s a shame, because she’s really starting to look for them. They’re with a lady who has two dogs and they’re rearing and feeding them. I’m really lucky in that sense.”

The pups are being looked after by an unlikely pair. The two dogs taking over duties are Penny (raced as Thriller Love) who provides the feed for the litter (and seven pups of her own!), while other duties are taken on by Ally, a Scottish Terrier. “This is a terrier who’s never had pups, but she treats them like her own. It’s just incredible.”

Just when the story can’t get stranger, surrogate mum Penny (pictured above) is also a half-sister to the litter’s sire, Moriera. 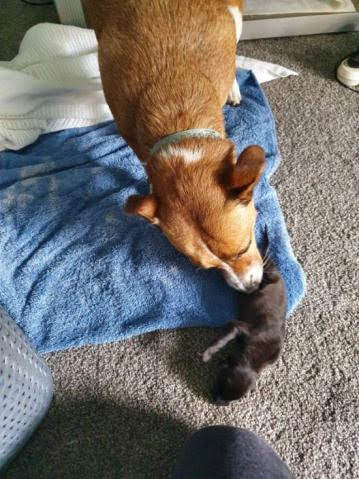 Ally the Scottish Terrier with one of the pups.

Did 15 come as a surprise? Did it ever. “Nobody knew. There was just no inkling at all that there was 15. She looked like she was having about eight. The only thing I noticed was that Tiggy was very quiet through this pregnancy. She didn’t want to run around or anything, and she wouldn’t eat anything raw, was the other strange thing.”

“All the pups survived – and they’re massive! They’re only a week and half old, and they can cross the lounge room before they can blink. They’re thriving.”

Tracey, based at Crowlands near Ararat, insists that having your dam in excellent health long before she is pregnant will give her the best chance of producing winners.

“I don’t breed my bitches every year, only when I need race dogs. I’m very big on nutrition, way before I implant a bitch. It starts long before that. If you try to catch up when the bitch is inseminated, you’re way behind the eight-ball.”

“We don’t breed willy-nilly; we plan a breeding. Make sure the bitch has had a lifetime of good health, clean racing, and very lightly raced. I’ve always said you need to have your bitches as good as, if not better, than race dogs before you mate them, or how can they give it to the pups?”

Judging by the amount of TLC at all stages of this litter, these kids have the best start in life, even though they didn’t get the memo about gathering in crowds… 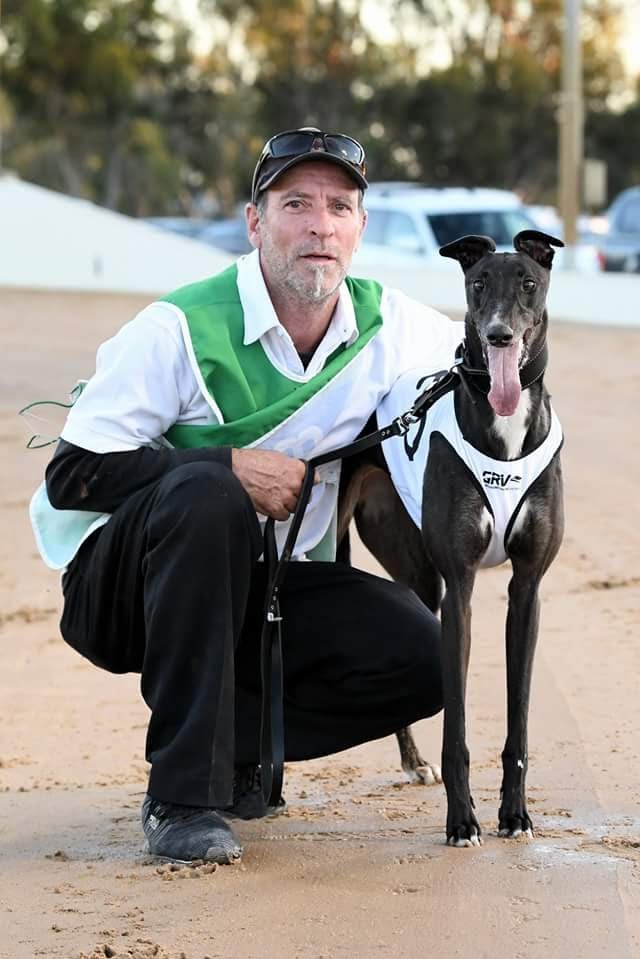 Eminence after one of her five career wins (26 starts).