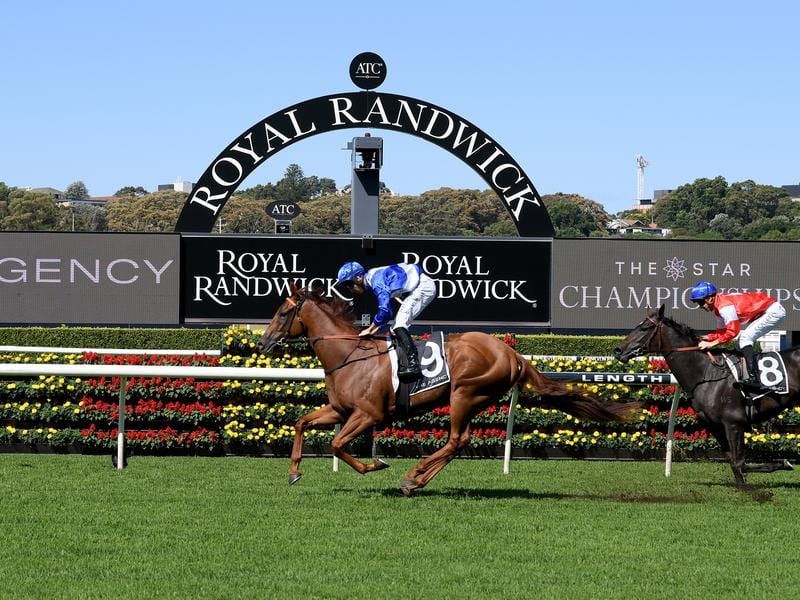 Indy Car has been sold to Hong Kong and will not run in the Hawkesbury Guineas at Rosehill.

Promising three-year-old Indy Car has been sold to Hong Kong interests and will not take his place in the Hawkesbury Guineas.

Trainer Anthony Cummings confirmed he had received news of the sale of the Gerry Harvey-owned three-year-old on Friday.

Cummings has form on the board when it comes to the successful sale of horses to Hong Kong.

He put the early polish on Hong Kong champion Beauty Generation, who raced under the name Montaigne in seven Australian starts for Cummings, including a Group One placing in the 2016 Rosehill Guineas.

“It turned out all right didn’t it? It was a good result for everyone,” Cummings said of the Beauty Generation transaction.

“He was up to Group One standard and that’s good enough to do well over there and that’s what happened.”

Cummings has no doubt Indy Car can also be a success overseas.

Among the leading fancies for the Guineas before his withdrawal, Indy Car has raced five times for three wins highlighted by the Listed South Pacific Classic.

“He is a pretty nice horse. He is working his way through the grades here and he has actually done more at the same time than Montaigne had done so you’re entitled to be confident of him performing over there,” Cummings said.

Beauty Generation has won eight Group One races in Hong Kong and on Sunday will be striving to become the first horse to win the Champions Mile three times.