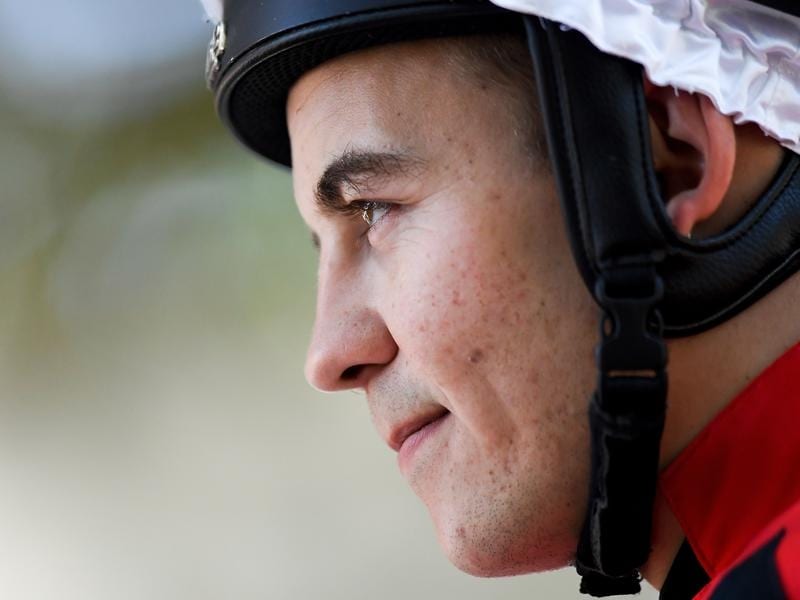 Queensland jockey Luke Tarrant has been disqualified for six months after admitting to head-butting fellow rider Larry Cassidy at the weighing scales at Doomben.

As well as the seriousness of the physical incident, stewards took into account the breach of the COVID-19 social protocols and the potential for Tarrant’s actions to have an adverse effect on the racing industry.

It is the latest disqualification or suspension for Tarrant who had been making a success of a comeback after facing criminal drugs charges.

Tarrant and Cassidy had been involved in a scrimmage during the ninth race on Wednesday.

Tarrant pleaded guilty to misconduct which started out as a verbal altercation with Cassidy in the vicinity of the scales area.

When Tarrant head-butted his fellow jockey, his helmet made contact with Cassidy’s nose causing an injury.

Tarrant was disqualified for six months to commence immediately and to expire on October 22.