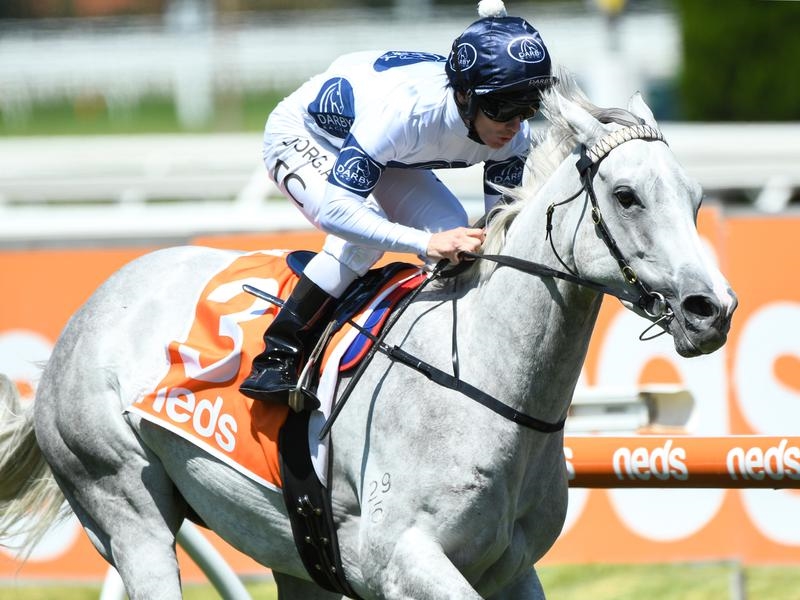 Greysful Glamour will run as one of the favourites in the Gosford Gold Cup being held at Randwick.

After bypassing the Wagga Wagga Gold Cup with Greysful Glamour, trainer Mark Newnham has turned his attention to the Gosford Gold Cup.

Greysful Glamour had been the early favourite for last Friday’s Listed 2000m race at Wagga Wagga but Newnham withdrew her because the track was heavy.

“It was too wet for her,” Newnham said.

“Her best form is on top of the ground.

“I wouldn’t have thought she would have been competitive on that sort of ground.”

Newnham was happy to wait for Saturday’s Listed Gosford Gold Cup (2000m) which is being run at Greysful Glamour’s home track of Randwick this year and the trainer expects the mare will get conditions more to her liking.

“We’ve had a bit of rain here this morning but the rest of the week the forecast is good.

“I would think it would be a Good (4) or Soft (5) on Saturday. It certainly won’t be anywhere near how heavy it was at Wagga.”

Greysful Glamour has 55kg and will again be ridden by Rachel King.

The four-year-old mare, who races on the pace, gave a good kick in the Group Three JRA Plate (2000m) at Randwick at her most recent start only to be chased down by Life Less Ordinary.

“She has at least maintained that form she showed last start,” Newnham said.

“She’s a good on-pace mare and she’s pretty uncomplicated now that she’s into her preparation. We know that in that sort of form she’s going to be hard to beat.”

Among her opposition will be the John Sargent-trained House Of Cartier who won the Wagga Wagga Gold Cup and is set to back up on Saturday.

The race, which has attracted 26 nominations, has a field limit of 14 plus four emergencies, and is one of two Listed events on Saturday’s program with the Takeover Target Stakes (1200m) the other.

Like the Hawkesbury meeting last Saturday week, the provincial program has been moved to the city allowing the top Sydney jockeys to compete with the riders divided into three zones amid coronavirus protocols.