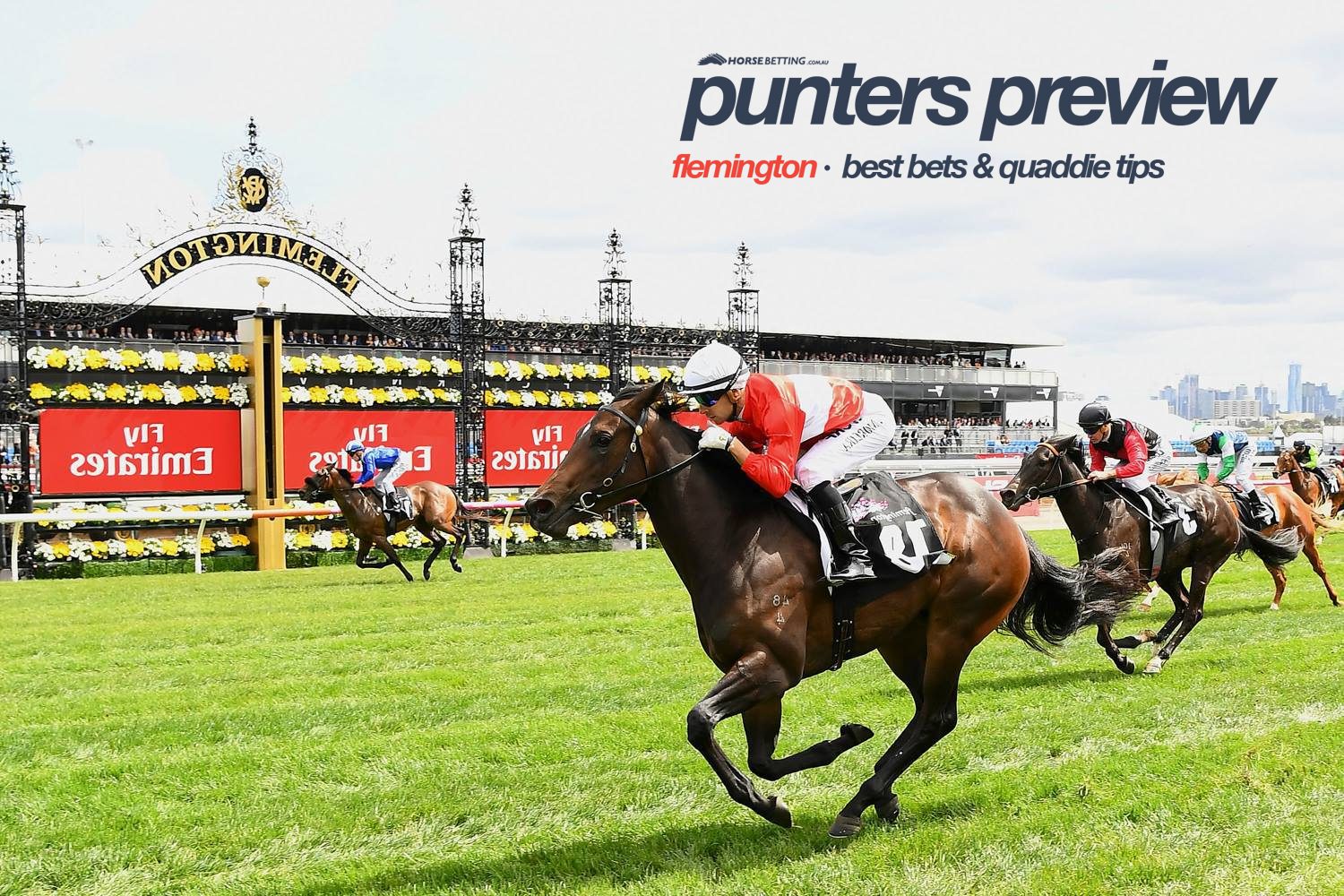 Racing returns to Flemington on Saturday afternoon for the 2021 VRC Legends Race Day, and HorseBetting.com.au has picked out the best bets and top quaddie numbers for the nine-race card. The track is rated a Good 4, the rail returns to the true position, and racing is set to commence at 12:35pm AEDT.

The Listed Kensington Stakes (1000m) is the feature event on Saturday, and we expect the Jerome Hunter-trained Zipping Boy to salute in his first attempt at this level. Having won six races from 10 starts, the four-year-old son of Squamosa has a win over subsequent Stakes winner Express Pass last campaign, and with form behind the smart Deep Speed he could be set to spring a surprise first-up. He has only one win from three first-up races, so he may need the run, but if he is screwed down for this, then his natural winning ability will take him close. He has won down the Flemington straight over 1100m, so we know he will handle the conditions, and with $10 on offer he looks a good bet in the Kensington Stakes.

In the opening leg of the quaddie, we will be hoping the Ciaron Maher & David Eustace-trained Lighthouse can continue her undefeated start to life in Australia. The former American galloper has smashed her rivals in both starts, including when beating subsequent winner Frankie Pinot at Ballarat on November 20. She maps to settle in the first half a dozen, and with Matthew Cartwright sticking on board and claiming 2kg, she looks the one to be with. If the young apprentice can have the Mizzen Mast mare settled in the one-one, then she will be hard to beat.

Next Best at Flemington – Dance To Dubai

We were with the Peter Moody-trained Dance To Dubai at Moonee Valley on November 19 when she demolished her rivals in a dominant all-the-way victory. She steps out of BM64 grade into this BM78 affair, but with Alana Kelly sticking on board and claiming 3kg, she gets in 1kg under the minimum weight with 53kg. She steps back to 1100m, which should be no hinderance to her winning chances given her impressive record (4: 1-2-1) at the journey. From barrier two, aided by Kelly’s claim, we expect the Pride Of Dubai mare to roll forward, dictate terms and prove too hard to run down.

The Kevin Corstens-trained Pilote was a dominant winner at Geelong on December 1, and despite stepping up to BM78 from BM64 grade, he looks like one of the better value bets on the card. The five-year-old son of Pierro managed to take a sit off the leaders at Geelong and when approaching the home turn was asked to quicken under Billy Egan, who had him under a hold until the final 150m. He then put three lengths on Inthelapofthegods back in second and still looked like he had plenty left to give. From barrier eight on Saturday, he will need a touch of luck early to find a spot close to the speed with cover. If he is afforded that, then we anticipate he will handle the rise in class with great aplomb and outstay his rivals over the 2500m.