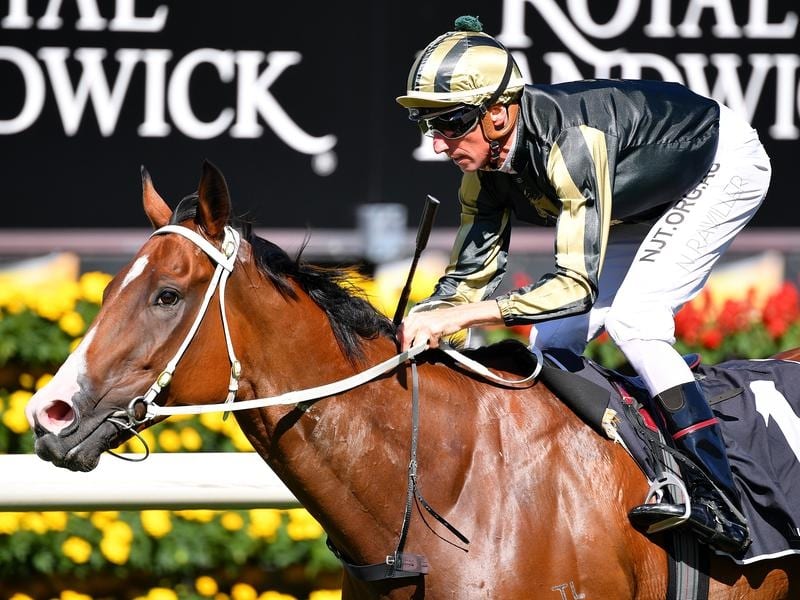 The Matt Dunn-trained Snitz returns to Randwick for the Listed Takeover Target Stakes.

The enforcement of interstate travel restrictions because of COVID-19 has impacted trainer Matt Dunn more than most, but it could also deliver a surprising reward.

Based in Murwillumbah, Dunn is a strong presence in his local NSW Northern Rivers region and also travels horses extensively to south-east Queensland.

The latter has become difficult during the coronavirus pandemic with cross-border biosecurity protocols so Dunn has adapted by basing a small team in Sydney.

It means being separated for long periods from his wife Keira, who is staying with the travelling horses.

“We just wanted to split them up a bit, otherwise we’re going to end up with a situation where we’re running eight horses in every race in the Northern Rivers and that’s not much fun for anybody,” Dunn said.

“Keira’s got about nine horses down there at the moment and they’re normally horses that would be crossing the border, so we’ve had to come up with a new plan.

Among Dunn’s Sydney team is consistent sprinter Snitz who has earned a start in Saturday’s Listed Takeover Target Stakes (1200m) at Randwick after resuming with a strong win in a benchmark race last month.

Dunn had expected Snitz to be competitive but was pleasantly surprised with the strength of his victory when he raced on the speed, took control in the straight and never looked like being headed.

“When I sent him to Sydney I didn’t envisage him going to a race like this,” Dunn said.

“I thought, we’ll just trot along down there and try to pinch a couple of benchmark races with him.

“His last run was a career-best for sure and if he can build on that and get a little bit better, who knows where he can end up?”

Dunn will also start Ready To Humble in the Highway Handicap after the three-year-old scored back-to-back wins on the country circuit.

The gelding comes to town with the right profile and Dunn says he has always shown ability.

“Early, when he was coming through, he looked like being one of my better two-year-olds and because of a few niggles he didn’t get there,” Dunn said.

“I grade him at the moment as not far away from being competitive in a three-year-old race in Brisbane and that’s pretty much the level you need now.”

Both Dunn’s runners are in commission with Snitz a $6 chance and Ready To Humble at $7 to enhance his trainer’s Highway Handicap record.