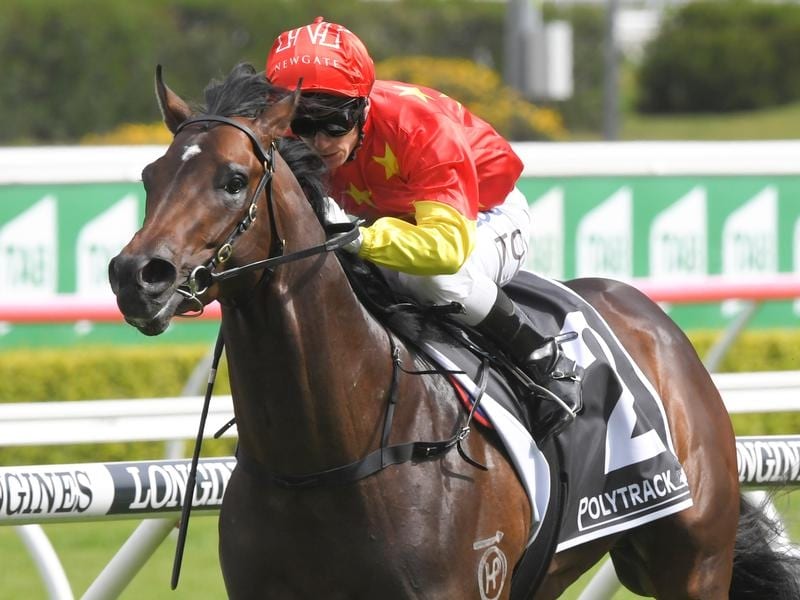 Group Two winner Cosmic Force has been retired and will stand at Newgate Farm.

Group Two-winning sprinter Cosmic Force has joined the list of new season stallion prospects and will stand at Newgate Farm.

Trained by Peter and Paul Snowden, the colt won three of his 11 starts including the Pago Pago Stakes at two and the Roman Consul Stakes at three, beating Standout and Microphone who is also headed to stud.

“For me, he was a ready-made racehorse,” Peter Snowden said.

“When he was on song, he was dynamic.

“He was the best three-year-old we had and in my mind he stays at that level. He was a fast horse with a great turn of foot and he was just a magnificent type with good athleticism.”

Cosmic Force had three autumn starts including when he was unplaced in the Group One Galaxy in March won by I Am Excited who has also been retired.

The David Pfieffer-trained mare finished midfield in Saturday’s Group One Sangster Stakes in Adelaide and will now join the broodmare band at Bell River Thoroughbreds.

Group One-winning three-year-olds Exceedance, Castelvecchio and Alabama Express are among the colts retired in the past few weeks.