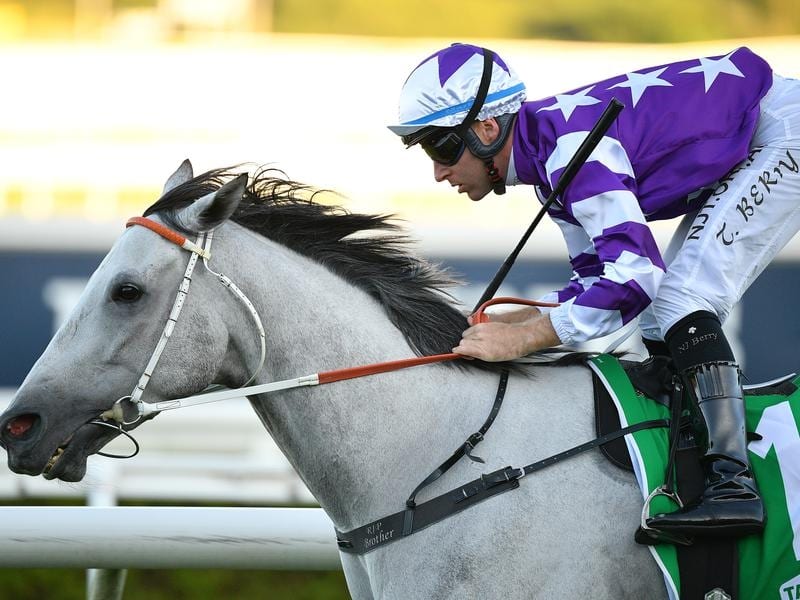 Greyworm has continued an impressive rise through the classes with his Hall Mark Stakes success.

Tommy Berry has landed a consolation win aboard Greyworm in the Hall Mark Stakes at Randwick, forty minutes after finishing a heart-wrenching second on Pierata in the sprinter’s final race.

Chasing back-to-back wins in the Group One All Aged Stakes, Pierata surged to the front, only to be nailed by Victorian mare Tofane in the final bound.

Berry was gutted he wasn’t able to send Pierata out a winner but he gathered his emotions to produce a well-judged frontrunning ride on cheeky gelding Greyworm a race later.

“He’s a tricky one to ride at home. I think he’s dropped everyone that’s sat on him at home, he can whip around quite quick, so he’s gone through a few riders there,” Berry said.

“He’s just so tough, when he can get his own way in front like that he rarely gets beaten.

“He has a high cruising speed and it just helps that you don’t have to get at him too early in the straight. I was able to wait until about the 300-metres before I had to ask him for the supreme effort.”

Both placegetters are Group One winners and co-trainer Michael Hawkes says it is testament to Greyworm’s determination that he has outgunned a classy field.

“He is just a pure racehorse. When they get to him, he just seems to find more and that is what he’s about,” Hawkes said.

“Today was his test, he has never been up against this calibre of horse before.”

Trekking tried hard under his big weight while Kementari was luckless, losing his position during the run before regathering himself to hit the line strongly.