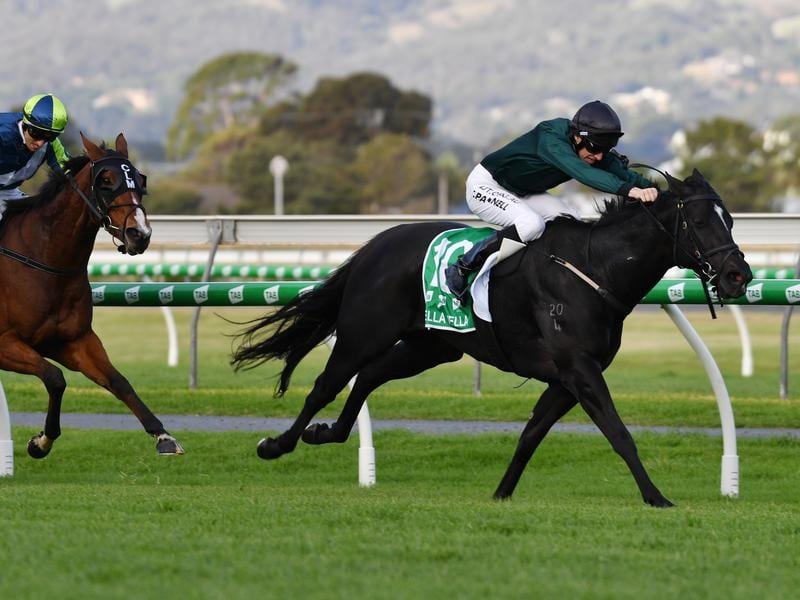 Group One Sangster Stakes winner Bella Vella will be given a spell ahead of a spring preparation.

Sangster Stakes winner Bella Vella is heading for a spell and will miss South Australia’s biggest sprint race, The Goodwood, at Morphettville.

Trainer Will Clarken said Bella Vella had pulled up in great order following Saturday’s Group One victory against fillies and mares.

“Although the temptation is high to push on to the Group One Goodwood in a fortnight’s time, I believe this bonny mare has given her all this preparation,” Clarken said in a statement.

“She will be sent for a four to six week spell before returning in to work and being prepared for the Group One Moir Stakes in late September at Moonee Valley where she has proven to be very effective.

“Training a Group One winner has been a life-long goal of mine and cannot thank enough my dedicated staff, farriers, chiropractors, vets, agistment operators and everyone else associated in helping me achieve this.”

Bella Vella gave Clarken his first Group One success on Saturday and went through a three-run campaign undefeated.

The mare had earlier won a $55,000 prize for the trainer by running the quickest time in the 55 second challenge, a series of 955m races run during the night season at The Valley.

Bella Vella was bought online for $22,500 last year and has won six of her 11 starts since joining Clarken’s stable last year.