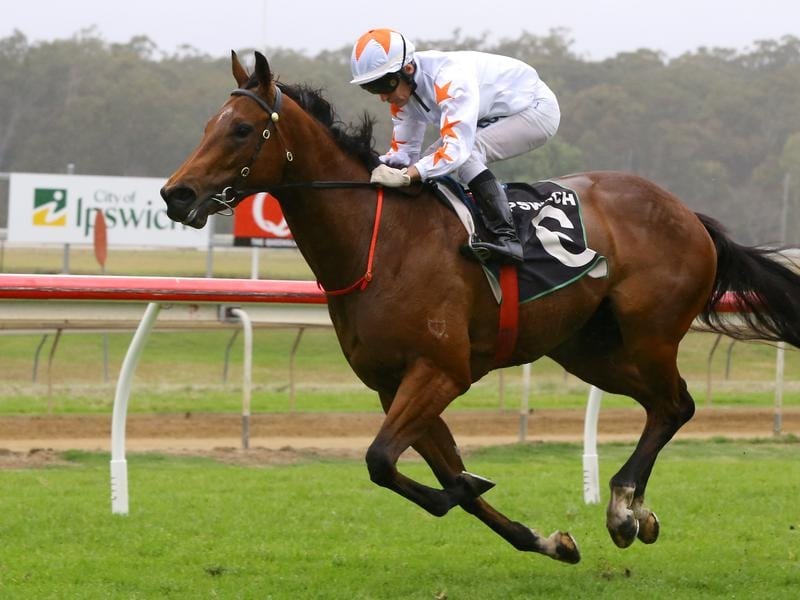 The Kris Lees-trained Asharani has booked her place in the Provincial Championship Final.

Kris Lees has secured a third runner for the Provincial Championship Final with Asharani winning a qualifying heat at her home track of Newcastle.

The 1200-metre race was scheduled to be held at Gosford last Saturday but was washed out and added to Thursday’s Newcastle program.

Starting the $3.60 favourite, Asharani settled back in the field for Brenton Avdulla and relished a solid tempo, powering down the outside to victory.

“She was chasing a long way out but when she got a bit of clear running she let fly late,” Lees told Sky Thoroughbred Central.

“She is a pretty smart mare. I think she is capable of going on to better things off the back of the provincial championships so it looks a nice stepping stone for her.

Asharani scored by a half-length over the Angela Davies-trained Through The Cracks, who also made good ground, with General Soho another 1-3/4 lengths away for trainer Paul Perry.

The top three progress to the Provincial Championship Final (1400m) at Randwick on April 11.

Lees will have at least three runners in the $500,000 Final having already qualified Great Danger and Stella Sea Sun in earlier heats of the series.

He will saddle up four runners in the next qualifier at Kembla Grange on Saturday with the final heat to be held at Wyong on March 28.