The Group 1 Sapphire Crown Final (515m) will be run on Thursday night at Sandown Park. Here’s a few things you might not know about this great race.

1  2020 finalist Talulah Bale (pictured above) is aiming to replicate her famous dam, Xylia Allen, who won the race in 2013.

4  Jason Thompson won the Sapphire Crown in 2012 with Peggy May. He also finished third with both El Brooklyn (2013) and Aston Elle (2011) during the past decade. 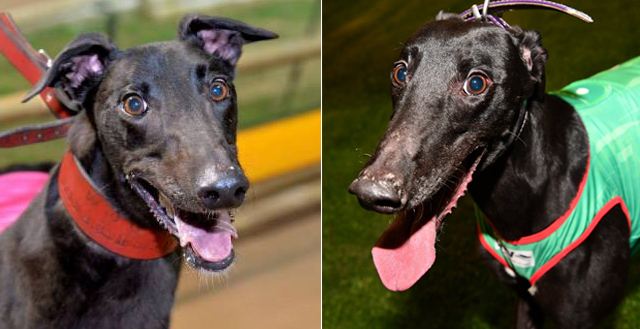 Mother and daughter Xylia Allen (left) and Talulah Bale (right) share the same adorable smile. Can the latter follow in her mum’s paw prints and win the Sapphire?

And for the history buffs….

5  The Sapphire Classic was originally known as the Sir Arthur Rylah Classic, which was first run in 1974 as an age restricted race for males and females. The inaugural winner, Bristol Sue, landed a $1450 winner’s cheque.

6  In 1990, the race was renamed the Sandown Sapphire Classic (won by Ravello), while in 2000 the race was elevated to Group 1 status (won by Dutchy’s Angel).

7  The race was relaunched in 2002 as the Sapphire Crown Classic (female only feature), won by Bye For Now.