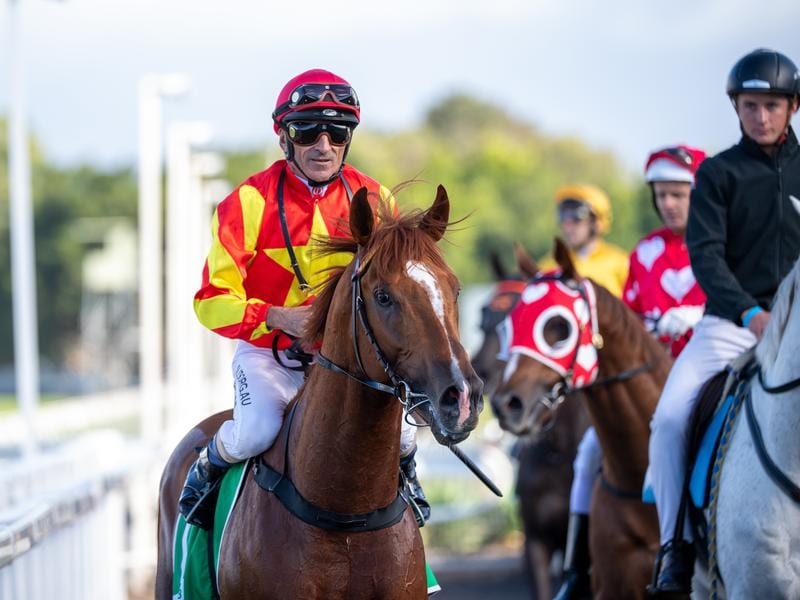 International jockey Robbie Fradd has given his stamp of approval on new Group One JJ Atkins favourite Wisdom Of Water.

Bookmakers shortened Wisdom Of Water from $8 to $4 after he won the Ken Russell Memorial Classic (1200m) at the Gold Coast on Saturday.

Wisdom of Water was the major mover in JJ Atkins markets with his main rivals in Isotope and Rothfire to run in the Group Two Champagne Classic at Eagle Farm on Saturday.

Fradd’s opinion is well worthwhile because he has ridden in top-class races in countries ranging from his native South Africa to Singapore, Hong Kong and Mauritius.

After a shaky start to his career in Queensland, he even left for Victoria for a stint, Fradd has become one of the state’s leading jockeys.

This season he has ridden 91-1/2 winners to be 12th on the Australian jockeys’premiership.

Fradd said he believed Wisdom Of Water’s two wins since resuming from a spell had him ready for the JJ Atkins at Eagle Farm on June 6.

He said the tempo of the JJ Atkins over 1400m would tell the tale but he believed Wisdom Of Water could change his racing style.

“We might need to teach him to settle a little bit better as the JJ Atkins will be a high-pressure race and you won’t get it too easy in front,” Fradd said.

“But he has come from behind before. He will be third-up which means he should be ready to settle.

“I think he’s a pretty serious horse. He is a colt and still learning his trade but he is getting there.”

Aquis Farm recently bought a 50 per cent stake in Wisdom Of Water with a possible stud career in mind for the colt.

Wisdom Of Water has strong bloodlines, being from the first crop of 2015 Silver Slipper winner Headwater.

His dam Regal Tier is a half-sister to stakes winner Tierqualo, stakes-placed Eminence Grise and Zedatier, the dam of stakes winner Flamboyer.

Co-trainer Toby Edmonds hopes Wisdom Of Water can develop into a Coolmore Stud Stakes or Caulfield Guineas horse in the spring.