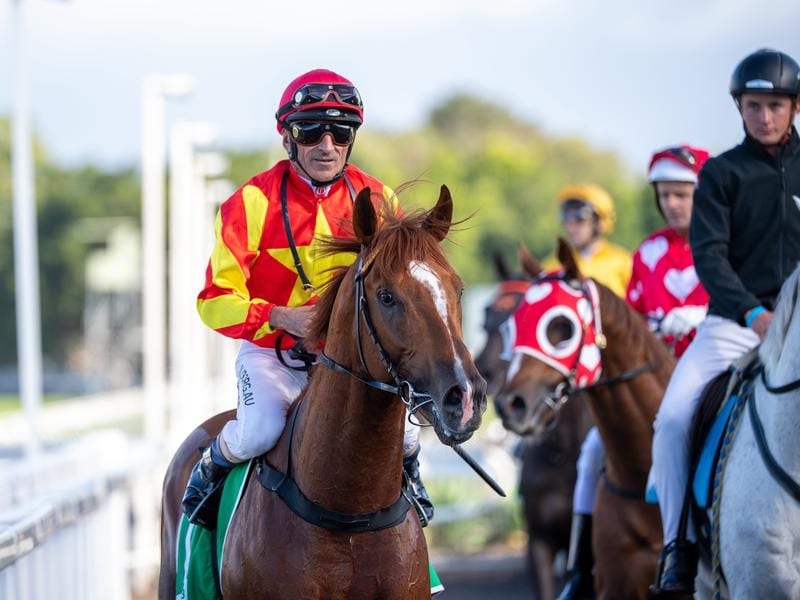 Wisdom Of Water has moved to favouritism for the JJ Atkins after winning at the Gold Coast.

The ever-expanding Aquis Farm operation got a quick return on an investment in top two-year-old Wisdom Of Water when the colt scored an easy win at the Gold Coast.

A clear-cut favourite, Wisdom Of Water ($1.35) confirmed his rating as a leading chance in next month’s JJ Atkins when he easily beat dead-heaters Tick Tock Boom ($31) and Superare ($81) in the Listed Ken Russell Memorial Classic (1200m).

The colt ran a 1 minute 9.17 seconds which is slick time for a two-year-old at the Gold Coast track.

Bookmakers reacted immediately and slashed Wisdom Of Water’s price in the JJ Atkins from $8 to $4.

Aquis, which has a big breeding operation at Canungra, in the Gold Coast hinterland, and NSW’s Hunter Valley, bought a 50 per cent share in Wisdom Of Water this week.

The operation has a history of buying smart young horses with an eye to being a stallion and Wisdom Of Water has the right bloodlines.

He is by the 2015 Silver Slipper winner Headwater out of the mare Regal Tier who is closely related to some stakes winners including former smart Queensland sprinter Flamboyer.

Toby Edmonds, who trains in partnership with his son Trent, brought up his 111th win for the season, his best effort to date.

He would love to win his first Group One race and believes he has a great chance in the JJ Atkins on June 6.

“He has had the two runs now and he should be cherry-ripe for the Atkins,” Edmonds said.

“I suppose the question is whether he will run a strong 1400m around Eagle Farm in the Atkins.

“There wasn’t much tempo in this race on paper and we elected to go forward. He rocketed out of the barriers and had to lead.

“I am sure if something else wants to lead he can take a sit on the pace.”

Edmonds believes Wisdom Of Water is improving with each run but he thinks the colt won’t reach his best until he is three.

As a guide to the JJ Atkins, apart from Wisdom Of Water the race was a washout as nothing else looked like getting near the winner.