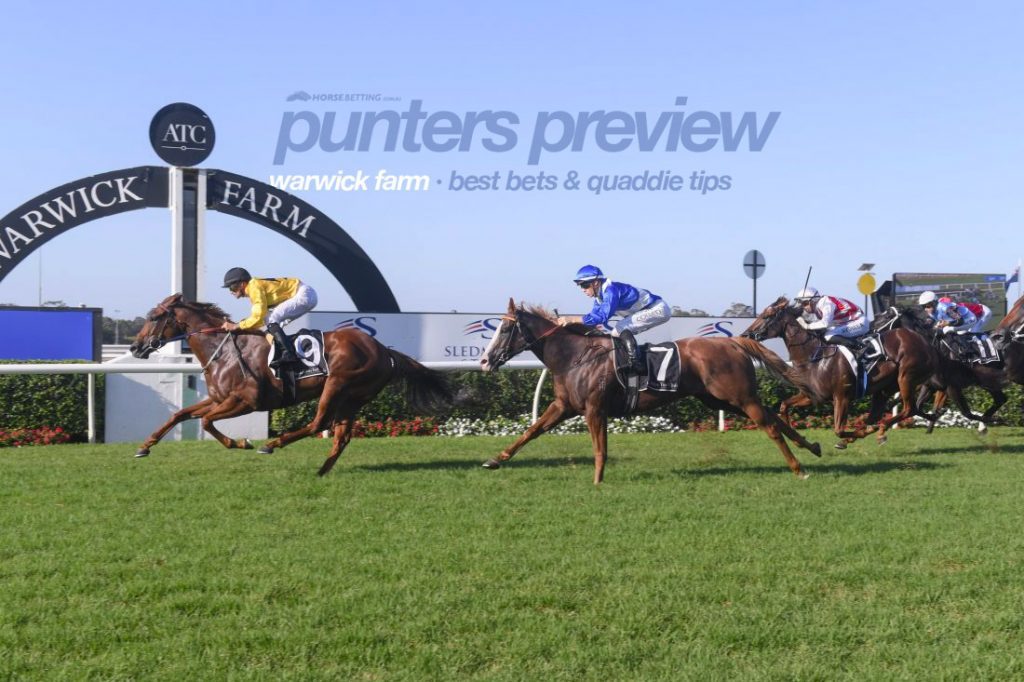 Public Holiday racing heads to Warwick Farm Racecourse on Monday afternoon where a competitive eight-race program is scheduled. With persistent rain expected across Sydney over the weekend, we expect to be racing on a track in the Heavy range, despite it being rated a Soft 7 in the leadup.

The rail returns to the true position for the meeting getting underway at 1:25pm AEST.

The John Sargent-trained Left Reeling has strung together a couple of smart wins at Scone and then Newcastle last time out and looks more than capable of bringing up a hattrick of wins. The four-year-old mare settles closes to the speed in most races and from barrier nine, we expect William Pike to have the Dundeel mare settle either outside the leader or at worst in the one-one. Considering she has a wet track record of 5: 2-3-0, it looks to be a case of the more rain the better and if that’s the case she may just put a space on her rivals. The $2.70 on offer with online betting sites looks a steal and as the saying goes “keep backing mares in form”.

Democracy Manifest is quickly becoming a cult figure and we expect the Chris Waller-trained four-year-old to bring up a fifth career win at start nine. The son of Flying Artie managed to round up his rivals in convincing fashion over 1200m at Warwick Farm and looked to be screaming out for further. He steps out to the 1400m for the first time in his career, but as he showed when spacing his rivals over 1300m last campaign when second-up, he should handle the trip with no qualms. He has won twice on Heavy ground already in his brief career and with James McDonald hopping back on board, he looks to have a bit of class about him. The $3 with online bookmakers looks a great bet and if he gets up it will be succulent Chinese meals all round.

Kristen Buchanan sends Depth That Varies to the Warwick Farm 1200m following a poor showing at the Gold Coast on September 17 but based on his first-up win at Randwick-Kensington, looks the one to beat at a nice price. The six-year-old gelding has just one minor placing from three attempts on Heavy ground but based on his win on Soft going when first-up we expect she will handle the going. From barrier 11, Kerrin McEvoy will have this bloke settled in the second half of the field and considering there looks to be plenty of speed on paper, we anticipate Depth That Varies will build through his gear down the heart of the track. At a $14 quote with online bookmakers, Depth That Varies looks a great bet at a price.