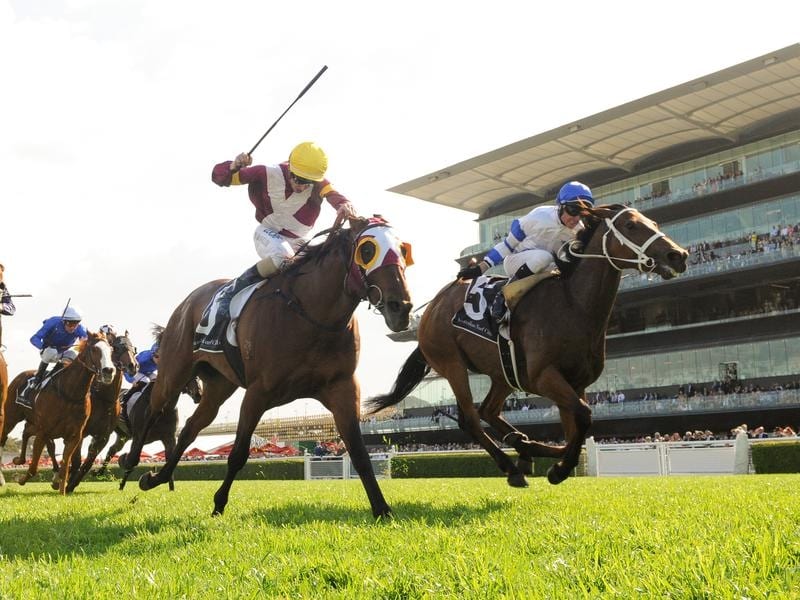 Chris Waller is convinced a return to Sydney racing will help Kolding when the gelding heads a strong team trying to give the champion trainer a record-equalling seventh Doncaster Mile at Randwick.

Waller expects to have at least six runners in Saturday’s Group One Doncaster on the first day of The Championships at Randwick.

Prize money for the race has been halved to $1.5 million as part of cost-cutting measures designed to minimise the economic effects of the coronavirus pandemic.

Racing in Australia is continuing crowd-free as it is in Singapore, Hong Kong and Japan.

Waller trained the first of his more than 100 Group One winners when Triple Honour won the 2008 Doncaster.

Gai Waterhouse jointly holds the record of seven wins in the race with her late father TJ Smith.

Kolding won the Bill Ritchie Handicap, Epsom Handicap and Golden Eagle during spring but has yet to win in three starts this autumn, the past two of which have been in Melbourne.

The four-year-old was fifth in the Group One Futurity Stakes at Caulfield before finishing midfield in the $5 million All-Star Mile at the same track on March 14.

“Obviously the Doncaster has been a great race to us,” Waller said.

“Kolding has got his share of weight (56.5kg) but he’s going to be back racing right handed again which I think is a big plus, and I’ll take the blinkers off him again because I don’t think they worked last start.

“Mister Sea Wolf is model of consistency but has got a big weight (55.5kg).

“Kings Will Dream has freshened up nicely and Yulong Prince has been running really good races.”

He was on the second line of betting at $8 on Sunday behind New Zealand champion Melody Belle.

“We’re toying with whether we put blinkers on Shared Ambition,” Waller said.

Kolding is one of four runners on the third line of betting at $11 with Ajax Stakes winner Imaging also that price.

“Imaging has come through his winning run in the Ajax very well,” Waller said.