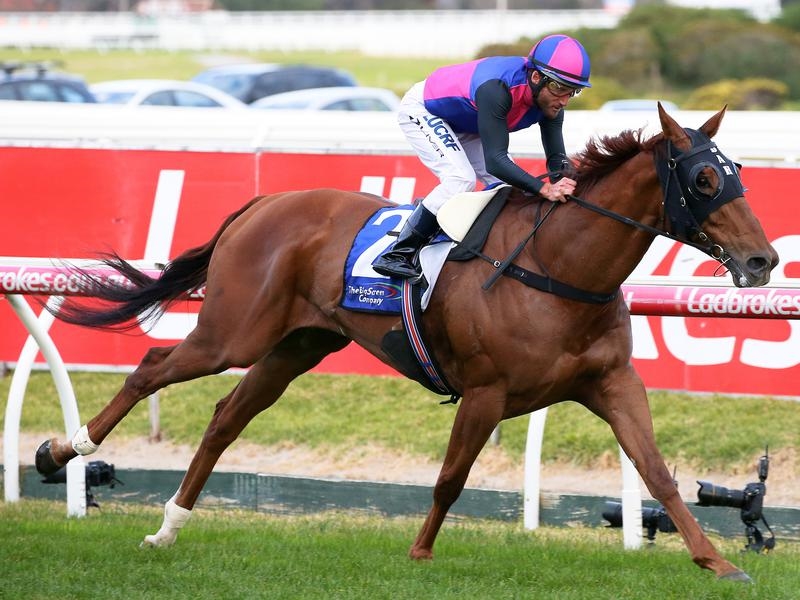 Vega Magic has ended a long absence from the winners’ list with a Perth weight-for-age success.

Vega Magic, rated among the upper echelon of Australia’s best sprinters in his prime, has emerged from racing’s wilderness to win for the first time in almost two years.

A rising eight-year-old and back under the watchful eye of his first trainer Sean Casey, Vega Magic rallied to recapture some former glory in the Roma Stakes at Ascot on Saturday.

It was the two-time Group One winner’s first success in 658 days, bringing with it a prize money milestone and tears of relief from his trainer.

Winner of The Goodwood and Memsie Stakes at Group One level for the Lindsay Park stable in 2017, Vega Magic passed $4 million in racetrack earnings with a hard-fought Group Three victory at weight-for-age.

“I could never, ever, be so emotional after a race,” Casey, who co-trains with his son Jake, said.

“The horse raced so well over here and we related to him doing a tour of duty when he went over east.”

Vega Magic won nine races in Perth before he was sent to the Hayes family’s operation.

He consistently mixed with Australia’s elite sprinters, earning a slot in the inaugural running of The Everest in 2017.

Rated as the unlucky runner of the race, Vega Magic was a fast-finishing second to Redzel before finishing down the course in the second edition.

It was also Vega Magic’s first victory at Ascot since December, 2016 when he left Western Australia racing as the winner of the AJ Scahill Stakes, ridden by Jake Casey.

“For whatever reason, he went off the boil,” Casey said.

“David Hayes and Tom Dabernig said there was nothing wrong with the horse, take him home and see what can transpire.”